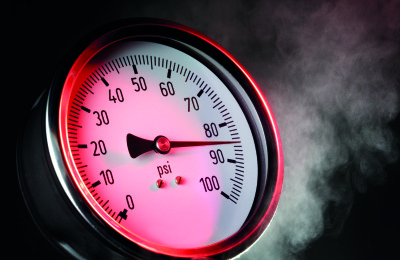 It seems that wherever you look around Europe, insurers’ investment performance is in the spotlight to an extent that must be making many CIOs feeling a trifle exposed, if not threatened.

Perhaps the starkest example was reinsurance giant Munich Re which opened its latest 26 page quarterly report with a gloomy assessment of its investment performance:

“The general environment for investment remained challenging in the first quarter of 2016 owing to the development of the stock and bond markets. Long-term interest rates fell again considerably from their already low level at year-end 2015. Whilst the decline in yields leads to higher prices for fixed-income bonds, the lower interest rates diminish regular income from reinvestments. Our regular return on investments was 2.8%, and was thus down 0.2 percentage points year on year”.

Chief financial officer Jörg Schneider emphasised just how much of a concern this is for the Munich Re board: "The result for the first quarter is below our expectations. The first three months of the year were marked by a below-average random incidence of major losses. However, we had to cope with significant strains on our investment result."

The report also homed in on a growing concern among regulators about guaranteed returns: “The low-interest-rate environment in Europe is thus expanding, making it increasingly difficult for insurance companies to generate their interest-rate guarantees”. EIOPA has recently flagged these up as an emerging worry for them.

Munich Re has been using its considerable reserves to ease it through this lean period, which alongside poor investment returns, also sees a continued downward pressure on premium rates with little end in sight.

Relying on reserves to bolster results is a strategy that only has a finite time-scale before something else gives, says Martyn Street, Senior Director, Insurance at ratings agency Fitch: “We expect that to continue into 2016 at a lower level. Where there may be adverse deterioration in reserve books it could prove challenging for companies to address that in the current market environment.”

Generali, which has been reeling from the senior management upheaval following the departure of chief executive Mario Greco to Zurich Insurance in February, was also quick to focus on just how tough market conditions have been. Operating profits slipped 12% to €1.1bn as Generali felt the asset sales that bolstered results last time round wouldn’t work this time.

“Last year, we realised capital gains in corporate bonds as spreads were good. Now spreads have widened so selling is not the wisest thing,” said Alberto Minali, chief financial officer.

The impact of market volatility stretched well beyond asset sales. In the life insurance business, source of two-thirds of the group’s profits, premium income fell as customers were spooked by falling stock markets and opted to hang on to their cash.

Greco’s new charges at Zurich slightly bucked the trend with an improved total return on investments to 2.7% in the first quarter, up from 2.6%.

However, it is coming down hard on costs with 8000 jobs already going and the threat of further job cuts likely as it continues to batten down the hatches. It also sees little chance of recovery in premium rates in its dominant general insurance book.

Spanish giant Mapfre had to ride the blows of the volatility in the Latin American markets that form a large part of its global portfolio. Its first quarter results were significantly affected by currency depreciation, especially the Venezuelan bolivar. Premiums in its southern LatAm region decreased by 39%, to €499m while in its northern LatAm region they were down 11.8%, although in local currency terms business growth was seen in all countries.

Volatility and low returns are a potent mix – and unfortunately one that is now beginning to have a toxic impact on Europe’s insurance giants.