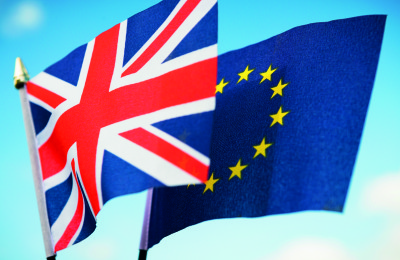 Volatility has been the number one concern of insurance investment professionals struggling to squeeze a respectable return out of the low interest world we now inhabit. Volatility was uncomfortable, disruptive and damaging. In the early hours of last Friday, it turned into a nightmare.

The UK’s vote to leave the European Union sent currency, equity and bond markets into turmoil. It hadn’t been priced in. The final opinion polls in the week running up to the vote suggested that the Remain camp was ahead and that the undecideds were drifting towards at least voting for the devil they knew. As the results started to tell a different story, the foreign exchange markets reacted with huge falls in the value of the Pound. In the morning, equity and bond markets followed suit.

This extreme volatility is going to be with us for some years, because as Allianz’s chief economist Dr Michael Heise put it on Friday, “Brexit is not an event, it is a process”. And it will be a very difficult process for investment managers.

“Dissolving 40 years of joint law making and trade policies will create massive uncertainties until agreement can be reached on new relationships with the EU as well as with non-EU trading partners”, says Dr Heise.

This will be no easy task. There is no route map for this and it will throw up plenty of shocks as Erik Vynckier, former CIO for Insurance, AB explained at the Insurance Information Exchange’s pre-referendum roundtable: “If you decide to leave, you will find out pretty soon that you won’t decide everything. Exiting will be a very difficult project. There will be blood on the walls.”

He said that the oft made comparison with the trade deals Norway and Switzerland have with the EU was potentially misleading, partially because they were negotiated from a position of never having been in the EU: “The EU wouldn’t let you in for free. It would extract certain rights for it and it would be very difficult for the UK to get into the same position as Norway or Switzerland”.

Talk of claiming all the benefits of the single market without also maintaining free movement for all EU nationals is just naïve, warned Dr Heise: “The EU, however, cannot accept such a cherry-picking approach, lest it set a precedent for some other EU governments that would like to comply with certain parts of the EU acquis but not others.” These sentiments were echoed across Europe on Friday, as it woke up to the news that the UK would be leaving the EU.

Even ardent pro-Brexit economists accept that uncertainty will be with us for some time, although they take an optimistic view of the future prospects for the UK and its financial services sector in particular.

Dr Gerard Lyons, Chief Economic Strategist, Netwealth Investments and former economic adviser to Boris Johnson, Mayor of London, was dismissive at the roundtable of the fears of former European partners taking a vindictive stance if we vote to leave: “I think people will throw their toys out of the pram to start with. I think we have to let the initial euphoria on one side and anger on the other side calm down. It will then be a matter of hard facts and economic reality bringing people to their senses.

“There will be some downturn if we leave – I call it the Nike swoosh. It is difficult to imagine that there will not be some uncertainty. I don’t think jobs will be lost. There will be a period of uncertainty but then the economy will pick up”.

Where and how that downturn hits is now going to be the focus for insurers and asset managers.

The Bank of England moved swiftly on Friday to make it clear where its priorities lay. Governor Mark Carney talked about stability but really he meant limiting volatility and he knows his room for manoeuvre is very limited.

Central banks are as much victims of the extended post-financial crisis depression as markets, investors and savers. They are trapped in a world of low interest rates and quantitative easing. All the talk over the last year of needing to raise interest rates was as much an attempt to escape from this policy straight jacket as it was a response to any genuinely changed economic conditions.

With no escape possible, Carney faces a bleak choice, according to Dr Heise: “The pound will depreciate strongly as capital flees the country, which, in turn, will push up import prices. The blow to private consumption and investment – domestic and foreign – could be strong enough to push the UK economy back into recession.

“The Bank of England will face a conundrum. A tumbling currency and the associated inflationary pressure mandate higher rates to mitigate the risk of a currency crisis. On the other hand, financial market turmoil and the economic blow of Brexit require looser for longer.”

Before Carney stepped in front of the TV screens, Heise predicted that the Bank would choose the latter and he was right. CIOs felt the Bank had little choice, said Piers Hillier, chief investment officer at Royal London Asset Management: “On the back of this result, we expect the UK will fall into a recession. Unfortunately, I see unstable market conditions lasting for between three and five years whilst new trade agreements are drawn up.

“It is our view that the UK Government will be left with no choice but to stimulate the economy through fiscal and monetary means, flooding the system with liquidity if necessary.”

£250bn is a substantial commitment to that strategy. In making that commitment, the Bank has implicitly backed the continuation of low, maybe even lower, interest rates into an open-ended indeterminate future. The pound can go hang itself in other words.

Meanwhile, wider economic uncertainty across Europe and the prospect of contagion has increased. Bob Swarup, co-founder of the Insurance Investment Exchange, warned at the pre-referendum roundtable that people mustn’t misinterpret the vote as an end of the discussions about the future of Europe and the UK’s relationship with it: “The debate probably intensifies after 23 June. Britain still needs to do more than merely paper over its ideological divisions in the aftermath and Europe will have to address the growing sense of disenfranchisement and pressures for change across the continent. The real debate begins the day after.”

Finding decent, consistent returns against that backdrop is going to challenge everyone.

We are in uncharted waters. And they are stormy waters. The journey through them is going to be tough and people will have to be vigilant as they navigate their way. Certainty and the calmness that brings look a very long way off indeed.