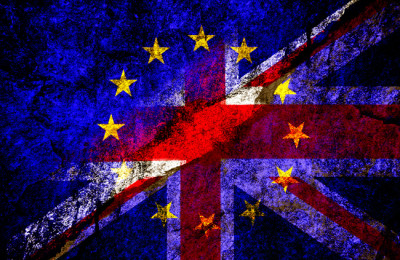 A week on and fears over volatility have given way to relief all round. Stockmarkets have shaken off the initial Brexit shock, Mark Carney, governor of the Bank of England, has put £250bn on the table ready to pump into the markets and the UK’s Chancellor of the Exchequer, George Osborne, has reversed his earlier threats of an austerity budget.

That’s all OK then. We can all stop worrying now about the financial fallout from the prospect of the UK leaving the European Union.

Many of the headlines over the last few days have definitely encouraged this sort of complacency. But it is doubtful whether that is the mood in many insurance companies. They will be looking beyond the transient froth of world stockmarket indices and will see a world full of danger.

In particular, all their fears about asset and liability management before the Brexit vote are suddenly magnified. The scope for developing new asset allocation strategies to ease them out of the yield crisis of recent years has also sharply diminished.

“It has been a decade of regime change and for insurers, it has been a brutal transformation. Superficially, it looks as if the industry has been growing healthily but behind the numbers, there is still plenty of pain”, said Swarup.

This has happened against the backdrop of geo-political upheaval with the rise of economic nationalism in particular a major threat: “Volatility has become harder to predict and manage, and the key challenge today is how you structure a portfolio against that backdrop.

“You also have to add into that mix the regulatory dimension where Solvency II both magnifies short-term volatility through mark-to-market and decreases flexibility.”

All of this has to be seen in the context of the increasing liabilities for Europe’s life insurers, something regulators were already flagging up as a serious issue. EIOPA – the European regulator – earlier this year warned that 24% of Europe’s insurers could face solvency problems, especially if the low yield environment continued for another eight to 10 years. The probability of that happening has definitely increased and it would be no surprise if prudential regulators were to take a very close look at some insurers in the coming months.

Ned Cazalet, founder of research firm Cazalet Consulting, said life company share prices have dropped because they are caught in the perfect storm of falling bond yields and the cuts in interest rates.

“Lower interest rates increase the value of liabilities. If you’re running a business that has got a solvency buffer between assets and liabilities, you may find that the liabilities are rising faster than the assets so that the solvency requirements are getting squeezed,” Cazalet told International Adviser, a sister brand to Insurance Investment Exchange.

Analysts at Deutsche Bank last week estimated that many European insurers would see solvency margins squeezed by between 15% and 20%, regardless of the instant bounce in stock market indices. This would be unlikely to push any major insurer below solvency requirements as most had built up substantial buffers but it greatly curtails their room for manoeuvre, said the bank, itself under considerable financial pressure.

The focus of chief investment officers at the Insurance Investment Exchange seminar almost a month ago was on the need to search for alternative strategies, to be innovative and flexible. But the options for making sense of those aspirations now look so much more limited.

The promise by Carney to cut UK interest rates has sent yields on UK government bonds into negative territory, adding to that $10tr stockpile of negative yielding bonds. All the economic forecasters are pulling down their growth predictions and no-one knows when or how the Brexit process will end.

The headline recovery in markets masks horrendous declines in some sectors, especially banking, construction and travel. Alongside that is the sudden illiquidity in the commercial property market, the downgrading of corporate bonds and the massive blow to infrastructure investment, especially in the UK, with airport expansion and HS2 all looking a little shakier. All of these were hopeful assets that insurers were looking at to improve returns. Suddenly that has been stolen from them.

A week on and volatility has given way to new fears and renewed pressures for the insurance industry.