Stop the world … please we need to catch our breath 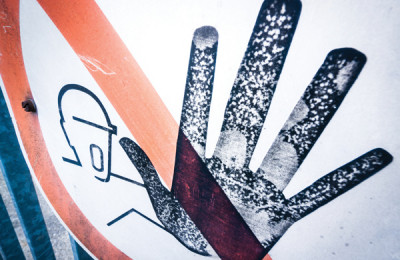 A week. Just a week and so much that we thought was predictable at the beginning of last week turned out to be wrong by the end of the week. It doesn’t matter where you turn – politics, the Bank of England, Europe, the United States – everywhere you look, the only certainty is extreme uncertainty.

As we sit at the heart of the whirlwind of events, it might be hard to comprehend just what has gone on. As one colleague said to me a few days ago: “Imagine you had a friend who had been in a coma for a year. He wakes and asks what has been going on. You would start by telling him Leicester City won the Premiership by ten points and then go on to the really weird stuff”.

One certainty is that it isn’t safe for senior investment professionals to be far from their phones when they attempt to take a summer holiday. The Bank of England has made sure that August will be anything but quiet and predictable by surprising everyone with the Monetary Policy Committee’s 8-1 vote this week to keep interest rates at 0.5%. It has kicked that can down the street to its next meeting on 4 August when the expectation is that it will make some big moves.

The Bank’s Chief Economist, Andy Haldane, has already made it clear where his vote will be going at the August meeting. Speaking the day after the “steady as she goes” vote he said: “In my personal view... a material easing of monetary policy is likely to be needed, as one part of a collective policy response aimed at helping protect the economy and jobs from a downturn. Given the scale of insurance required, a package of mutually complementary monetary policy easing measures is likely to be necessary."

In other words, expect to Bank to fire both barrels by cutting interest rates, perhaps to zero rather than the more cautious move to 0.25% expected this week, and to use that £250bn quantitative easing war chest Mark Carney said he had built up to help the economy through any short-term turbulence.

Haldane’s comments immediately moved the foreign exchange markets with the Pound heading back down after a brief uplift following the MPC meeting. Uncertainly feeds uncertainty and markets respond nervously to any event or data that seems to give a hint as to what might be going on or what the future might hold.

At the moment, this applies especially to data about property and construction, sectors that have felt the hardest impacts in the weeks following the UK’s Brexit vote.

We have already seen several commercial property funds suspend trading when investors rushed to withdraw their money fearing London’s over-heated commercial and domestic property markets to be among the most exposed sectors. It is easy to see why as demand for office space could fall and wealthy foreign investors no longer see London’s domestic property market as a safe bet. The latter could also face some interesting political challenges.

But back to commercial property first and some of the reasons why the data from that sector is likely to be scrutinised very carefully by the MPC. The decline in values and rental income from commercial property could have a highly corrosive effect on bank lending to the SME sector, a key driver of economic growth, according to ratings agency Fitch: “UK banks' exposure to CRE is substantial, averaging about 55% of common equity Tier 1 at end-2015, according to the BoE. However, risk appetite and the terms extended, such as LTV, vary significantly from bank to bank. Total lending to the sector is materially lower than in 2009 and capital set aside against this risk is generally higher. Nonetheless, some banks, including some challengers and building societies have built up a more highly leveraged CRE loan book. Given the use of CRE as collateral for a high proportion of lending to SMEs, price falls are likely to result in reducing credit supply to the SME sector.”

The Bank of England will be expecting that any money it pumps into the economy next month helps fill this gap.

When it comes to central London’s lucrative domestic property market, there are some political storm clouds gathering. The Home Affairs Select Committee published a hard-hitting report last week demanding an end to London’s growing reputation as a soft touch for people with dirty money to launder.

Launching the report Keith Vaz, Chair of the committee, said: "At least a hundred billion pounds, equivalent to the GDP of Ukraine, is being laundered through the UK every year. The Proceeds of Crime legislation has failed to achieve its purpose. London is a centre for money laundering, and its standing as a global financial centre is dependent on proactively and effectively tackling money laundering. Investment in London properties is a major route which tarnishes the image of the capital. Supervision of the property market is totally inadequate, and poor enforcement has laid out a welcome mat for launderers and organised criminals.”

Taking action on this could appeal to the new Prime Minister, Theresa May, as she strives to deliver her pledge to create a fairer Britain. Hitting wealthy foreigners in London’s overheated property market would be likely to play out well with the supposedly angry millions who voted for Brexit.

It is a reminder of the changed times we live in and how vulnerable so many asset classes are to previously unexpected pressures. The world won’t be stopping for us to catch our breath anytime soon.