Populism rise could cause big falls in multi-asset portfolios - MSCI 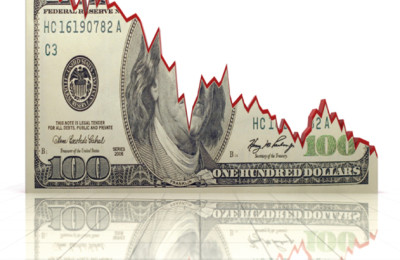 An MSCI report has examined the investment implications of the rise of populism around the world, and found that multi-asset portfolios could lose as much as 11% of their value as a result.

The outcome of the first scenario has the potential to lower the value of a diversified, multi-asset class portfolio by 7.6%, with a fall-off in equities of 13.4% and a 1.3% gain in global fixed income, MSCI said.

The second scenario, which envisions the adoption of populist policies in the US and Europe between now and 2018, could see a lowering if global growth by 3% per year, combined with a surge in inflation.

MSCI said this outcome has the potential to lower the value of a diversified, multi-asset class portfolio by 11.1%. Equities could lose 15.6%, while yields on a portfolio of fixed-income securities could fall by 4.6%.

The report found that populist sentiment has gained momentum in Europe and the US, reflecting discontent with globalization and anger at established parties. Drivers of this sentiment include low economic growth since 2008, and an increase in inequality.

According to the report, populist expressions come from both ends of the political spectrum but they have certain things in common. These include assertions of sovereignty, calls for a build-up of barriers to the movement of goods and people, a retreat to isolationism and increases in deficit spending.

Countries at the periphery of Europe are at risk of the largest declines, MSCI also noted. Growth-sensitive equity strategies, including value and small cap, as well as the financials and cyclical sectors, are also among the most at risk.

Populism warrants attention said the authors of the report, which include Remy Briand, head of global research at MSCI, because of “the potential social and economic policies that may ensue, and their potential impact on the global economy, financial markets and portfolios.”