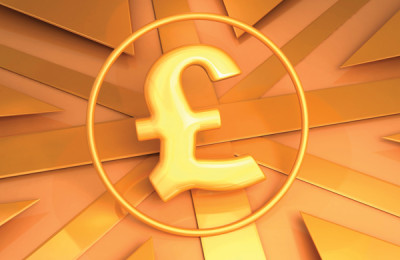 You have to give Mark Carney credit for creativity. Central banks are backed into a corner when it comes to their options and ability to influence the real economy.

Eight years of rock bottom interest rates and unprecedented creation of extra money through quantitative easing programmes has left them with almost nowhere to go. Last week’s announcement of a cut in UK interest rates and prospects of further microscopic cuts later in the autumn amply demonstrated this. The depressing predictability of the commentary around this at least shows that the Bank of England has tapped into the psychology of the moment even if most of its monetary armory is pretty much spent.

A 0.25% cut in interest rates is unlikely to encourage anything. It won’t, of itself, put any significant money back in people’s pockets or encourage borrowing. Indeed, even if a few people benefit from cuts in payments on variable rate mortgages at the margins, that advantage will be overwhelmed by inflation, predicted to rise from 0.5% to 2.4% over the next 18 months.  People will be worse off.

Similarly, the additional quantitative easing looks little more than window dressing, useful only in helping liquidity in the markets rather than likely to have any serious impact on the real economy. The additional prospect of £10bn of corporate bonds being taken off the hands of asset and investment managers might raise a small cheer but, again, it is hard to see how it will help the real economy. Meanwhile, insurers and pension funds face further rises in liabilities as yield curves trend downwards and an even greater crush for yield on the asset side.

Carney did manage to find something new at the back of the cupboard in the form of the £100bn term funding scheme for banks. This could have a genuine impact on banks’ willingness to lend to business, although it has to be matched on the part of business with a desire to borrow. It is creative moves like this that is helping keeping equities buoyant as the City at least feels its interests are being looked after.

But what of the wider economy?

That switches the spotlight to the new Chancellor of the Exchequer Philip Hammond who now faces pressure to act in advance of the Autumn Statement. His “keep calm and carry on” message on his appointment sounded reassuring but is wearing rather thin now. He will undoubtedly do his best to hold to that but another month or so of worsening economic data and late November will look too far away before the Treasury takes action.

What action do people expect of the Treasury?

The almost unanimous chorus of demands for government intervention is itself a noteworthy change as financial markets have spent much of the last 20 years arguing that they should be left alone and can manage the world’s prosperity quite capably if governments keep at arm’s length. Even the wobbles after 2007 and 2008 were largely managed through central bank rather than direct government intervention.

Some, like former Chancellor George Osborne want supply side action through lower business and direct taxes but the word you hear over and over again is “infrastructure, infrastructure, infrastructure”. This is not a new solution to economic crises that have their roots in failures within financial markets. It is straight out of The General Theory of Employment, Interest and Money by John Maynard Keynes and first published 80 years ago.

“If the Treasury were to fill old bottles with banknotes, bury them at suitable depths in disused coalmines which are then filled up to the surface with town rubbish, and leave it to private enterprise on well-tried principles of laissez-faire to dig the notes up again (the right to do so being obtained, of course, by tendering for leases of the note-bearing territory), there need be no more unemployment and, with the help of the repercussions, the real income of the community, and its capital wealth also, would probably become a good deal greater than it actually is. It would, indeed, be more sensible to build houses and the like; but if there are political and practical difficulties in the way of this, the above would be better than nothing.”

Infrastructure investment can come in many forms but if sufficient encouragement and support is given for substantial private sector involvement in new projects – especially house building and construction – then Carney’s new bank funding scheme could find itself in demand. It will also open up fresh investment opportunities beyond the grandiose schemes Osborne championed.

This is not natural territory for a Tory Chancellor but if Hammond does not head in that direction, the maintenance of stability and the fragile confidence around it that Carney has so skillfully engineered since the Brexit vote will start to disintegrate.

Just whisper it quietly: “We are all Keynesians now”.