Solvency II 'life support' is a step in the wrong direction 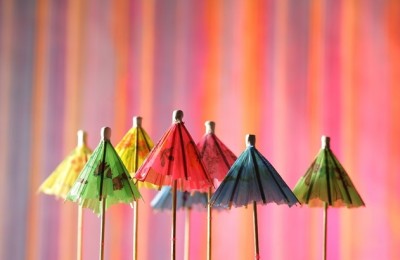 Solvency II is a step in the wrong direction that will keep some companies alive that would be better giving themselves a decent burial and consolidating themselves out of the market now, according to industry consultant Ned Cazalet.

Life companies in Europe are facing years of consolidation as they struggle to get to grips with the Solvency II requirements. Having already endured a prolonged period of hurt around 20 years ago, life companies in the UK are in a better position but still not a great one, according to Ned Cazalet.

The founder and chief executive of Cazalet Consulting, which provides strategic advice, market intelligence and support to financial institutions, has serious concerns about the direction and speed of Solvency II and the life support it offers to companies he feels should be allowed to fail.

You see similarities between the UK 20 years ago and the situation in Europe today. Can you elaborate?

Twenty years ago in the UK you had lots of companies writing what I would call ‘risk business’. In particular, lots of with-profits business where guarantees were given to customers that the life companies were supposed to be able to pay.

However, a lot of these companies were blind to their liabilities and cruising for a bruising. Almost all of them now are either closed to new business or they no longer exist in their previous form.

We were in a world of fantasy financials 20-odd years ago, with our big, long-term insurance companies. In 1997, 10-year gilt yields were around 8%. Part of our thinking was that they were not going to stay there. We believed interest rates were going to come down, liabilities would go up and the companies would be in trouble.

In less than year they went from around 8% to 4%. Lots of life companies shut down and other people and companies waded in to mop them up, consolidate them and try to manage them as closed funds.

How did that affect the market?

The Financial Services Authority (FSA) had just come into existence around that time and I did some work with them. There were regulations and people passed the tests, except the tests were as much use as a paper parasol in a monsoon.

The wrong things were being measured meaning people deluded themselves that everything was OK because they had passed the test. The regulator needed to come up with a proper, market-consistent and realistic solvency regime, in particular for with-profits business.

What emerged was a whole raft of changes to with-profit governance, in particular the solvency regime I call ‘Solvency 1.8’. This means people had to live in the real world, value their liabilities properly and use market-consistent pricing with proper stress-testing and modelling.

Given the UK life sector’s history, is it in a better position than other European companies to adopt Solvency II?

UK life companies are still going to have a heck of a job getting ready for Solvency II but I think the UK has started in quite a good place. Luckily, we got ourselves in shape and pulled ourselves back from the brink in the late 1990s, early 2000s.

You have been very critical of some aspects of Solvency II. Why?

The rules took years to be formulated. If it was so urgent, why did it take 10 or 15 years to bring it in? Also, now the rules have been brought in, you can ask for transitional relief. So after a 15-year argument about what the rules should be, when the rules finally hit you’ve got 16 years to comply.

Transitional relief was instigated on behalf of German insurers. If Solvency II was implemented in full strength on day one, not many of them would be left standing. Some UK companies are making selective use of transitional relief but Germany is in particular. Parts of the French and Italian insurance industries would also be in deep trouble.

Just because the new rules won’t bite for 16 years does not mean you are not exposed to the underlying economic realities. I am simplifying here, but if a company is guaranteeing 3% it will probably have to earn 5-6% to net off the 3%. But if the market is giving you 0%, things start to look more interesting.

Let’s say every year the company agrees to pay you an annuity. It will need some assets, probably some bonds and maybe some equities to generate the right amount of cashflow over that period.

When the company comes to do a valuation of its liabilities it needs to look at what yield it is getting on its assets. If the assets are yielding 5%, the company can discount its liabilities at that present value. Whatever the asset yield is, you can use that as a discount rate. The lower the yield, the higher your liabilities are. It is standard practice all around the world, not just for insurance.

And as we have discussed, German 10-years are in negative territory.

But what we’ve also got are these insurance companies writing long-term contracts that go on for 20-25 years and in big parts of the European Union there are no bonds that go that far. And if there are no bonds for that length of time, there are no interest rates to use to discount the liabilities.

This has forced the regulators to come up with some sort of discount rate. As a result, they’ve concocted a yield curve from a series of interest rates from one-year, two-year, five-year etc bonds. But the problem with that is the rates are set by committee and are not based on any bonds the insurance company actually holds.

The technical term for the discount is the ultimate forward rate (UFR), which insurance companies should use for their longer-dated liabilities. It has been set at 4.2%.

This is lunacy and creates a lot of issues. So what the insurance companies are doing is discounting at a higher rate, depressing their liabilities and overstating their solvency and financial strength.

The 16-year window is farcical, especially when we have a UFR of 4.2% when the bonds are actually generating around 0.4%.

Will we see consolidation in Europe, as we have in the UK, as a result?

Absolutely. The sooner you recognise you have an issue, the sooner you realise it is hopeless. You don’t want to waste capital or make your policyholders suffer.

Although there has been a huge amount of consolidation in the UK, there have been a number of cases where the company is just clinging on, hoping they will come up with a new strategy. So more consolidation in the UK is likely. Unfortunately, Solvency II is going to cause people to delay the inevitable and actually make the situation worse.

You have these complete disconnects with the interest rate used for discounting and this hugely long transitional period. If Solvency II is going to be brutal they are not going to make it.

What it should be doing is getting companies to recognise they are not going to pass the tests and meet the requirements, and say, ‘Let’s give ourselves a decent burial, consolidate ourselves out of the marketplace and take appropriate action now’.

What do you think the future holds?

I doubt much will have happened by this time next year but, in around five years’ time, I think things will look very different. There is still be a lot of work to be done, a lot of opportunity for consolidators and asset managers to pick up business.

What does Brexit mean for all of this?

As an industry that has gone through such massive change in the past 20 years, I don’t think it means a great deal. There are a number of UK life companies that had already set up subsidiaries, whether on the Isle of Man and/or Dublin to do offshore business.

I think Brexit fears are overdone on passporting and everything else. It is not really in French or German interests to cut off their nose to spite their face. There will be a period of uncertainty but it will probably settle down with little practical difference. However, it is going to be a question mark in people’s minds for the near term.