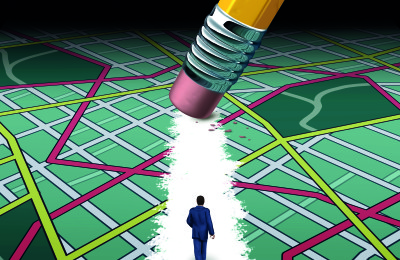 It looks increasingly as if Insurance Europe – the pan-European trade association – is fighting a losing battle to prevent any changes to the ultimate forward rate (UFR) ahead of the planned Solvency II review in 2018.

The European Insurance and Occupational Pensions Authority (EIOPA) is refusing to relent in its concerns that the current UFR of 4.2% is too high. It points to the “extremely challenging macro-economic and financial environment”, adding that “monetary policy and low crude oil prices imply a protracted low yield environment in the short-to-medium-term”. These worries have been gnawing away at EIOPA for most of this year for much the same reason as the constant dipping into reserves is causing major concerns to the Prudential Regulation Authority in the UK. The fear of company failures haunts them.

They are both worried that the low-return world will last for much longer than anyone ever imagined and that even when central banks do start raising interest rates, the peak of the interest rate cycle is likely to be much lower than in the past. This makes the 4.2% UFR – which took years of tough negotiating to sort out – look more than a little optimistic, as controversial industry commentator Ned Cazalet pointed out recently.

He is scathing in his criticism of the current regime: “What we’ve also got are these insurance companies writing long-term contracts that go on for 20-25 years and in big parts of the European Union, there are no bonds that go that far. And if there are no bonds for that length of time, there are no interest rates to use to discount the liabilities.

“This has forced the regulators to come up with some sort of discount rate. As a result, they’ve concocted a yield curve from a series of interest rates from one-year, two-year, five-year etc. bonds. But the problem with that is the rates are set by committee and are not based on any bonds the insurance company actually holds.

“The technical term for the discount is the ultimate forward rate (UFR), which insurance companies should use for their longer-dated liabilities. It has been set at 4.2%.

“This is lunacy and creates a lot of issues. So what the insurance companies are doing is discounting at a higher rate, depressing their liabilities and overstating their solvency and financial strength.”

Insurance Europe pleads that most firms treat the rate as a guide only and are very cautious in the actual assumptions they use to set their projected returns, which in many European markets are actual guarantees to policy holders.

Igotz Aubin, head of prudential regulation at Insurance Europe, recently explained how cautious insurers are with the UFR: “Calls for hurried changes to the UFR appear to be based on a misunderstanding of its purpose and how it impacts Solvency II liability valuations. The UFR of 4.2% is not the risk free rate used for Solvency II valuations; rather it is a parameter used to generate them. The actual risk free rates are far lower. For example, the risk free rate for euros in June at year 10 was 0.32% and even at year 60 was 2.76%.”

However, Insurance Europe doesn’t make an entirely convincing case for stalling on a review as it appears too dismissive of fears that the low-return environment is here to stay for the foreseeable future in its most recent response to the EIOPA consultation: “It should also be noted that the UFR is defined in Solvency II as a long-term, stable parameter and its current calibration was agreed at political level during the Omnibus II negotiations. Therefore, the current low interest rate environment does not constitute a change in long-term expectations for interest rates, especially given that the current low rates are linked to current European Central Bank policy, which is intended to be temporary”.

Hopes that the zero or negative rates may only be temporary are fine but little attempt is made to explain just how temporary they might be, hardly surprising because even the central banks can’t answer that question.

The reference to the “political level” that agreed the current UFR seems to be clutching at straws. There is an almost negligible prospect of something as technical as this being referred back to the European Parliament and its committees. The Solvency II regime mandates EIOPA to manage this in future and with the Brexit negotiations hanging over all the major European institutions, it is very hard to see an issue such as this getting any air time at the political level.

Where Insurance Europe may have more success is building an argument around the fear of setting off a series of pro-cyclical effects if a sudden and too large a change is made to the UFR. Pro-cyclicality is one of those issues that keeps regulators awake at night because once it is set in motion it can be very difficult to halt.

It may be that we will see a series of two or three small changes to the UFR, perhaps even setting different rates for different liabilities, but it is hard to see the rate remaining unchanged until the end of the Solvency II review, likely to conclude for the regulations covering the UFR in early 2019.

Regulators fear corporate failure on their watch and this feeds their caution. If EIOPA believes too high a UFR makes it more likely that an insurer somewhere in Europe will collapse, it will act sooner rather than later.