The Trouble with Hilary 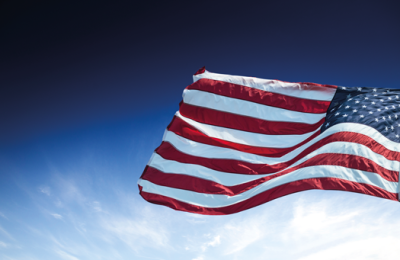 Should we be so laid back about a Clinton Presidency?

Hillary Clinton may have re-established a consistent lead in the opinion polls – 3% to 5% in the most recent ones – pushing the prospect of a Trump victory down investment managers’ worry lists for the autumn, but that is no reason to back away from reviewing investment strategies for the US.

Clinton has been consistent in her attacks on financial institutions and has relentlessly pushed her “Wall Street must work for Main Street” agenda. “We also have to go beyond Dodd-Frank. Too many of our major financial institutions are still too complex and too risky. And the problems are not limited to the big banks that get all the headlines. Serious risks are emerging from institutions in the so-called shadow banking system—including hedge funds, high frequency traders, non-bank finance companies—so many new kinds of entities which receive little oversight at all”, she said in one of her recent post-Convention speeches.

She wants new powers for regulators to break up institutions that are thought to have become too big to fail, although she specifically stops short of advocating a return of the Glass-Steagall Act that kept wholesale and commercial banking separate for 60 years. That shouldn’t be too surprising as these restrictions were repealed in 1999 by her husband Bill Clinton when he was President. Many commentators identify that decision as one of the key stimulants of the forces that built up to produce the financial crisis of 2007-08. Hillary Clinton isn’t about to subscribe to that analysis, at least publicly.

Alongside the new powers to break up institutions that threaten the stability of the financial system, she also wants those posing a higher risk to pay more to be regulated through a so-called “risk fee”.

Tacking the culture of short-termism that pervades the markets and which she views as damaging to the longer-term prosperity of America is a further priority. The Democrat policy platform adopted at its recent congress in Philadelphia contains plans for detailed reforms of the capital gains tax regime to encourage longer term investment and penalise short term trading. It will be interesting to see how this translates into the design of products offered by retail financial institutions.

The attack on short-termism has also manifested itself in her criticisms of share buy-backs, especially the enthusiasm of hedge funds and other activist investors for them. This led to a series of recommendations in her economic plan for heightened scrutiny of “excessive buybacks that could take resources away from long-term investment.” Clinton blames so-called activist investors, whom she describes as too often “focused on short-term profits at the expense of future growth.” The buy-back boom may have peaked earlier this year but it still remains an issue for Clinton and her supporters.

Another consistent theme to her campaign has been attacks on Big Pharma. She is promising a series of measures to bring down drug prices and to limit the spending on marketing of drug companies that receive Federal support for their research projects. These measures could have a serious impact on the profitability of some pharmaceutical firms.

Clinton has some ambitious spending plans, promising a US$275bn uplift in investment in infrastructure which should create fresh investment opportunities, especially in the telecoms sectors with her heavy emphasis on the need to improve broadband capabilities across the US.

Her rhetoric constantly stresses the need to boost the middle classes through both tax and spending plans so it will be to the rich that she will be looking for extra revenue to pay for her additional spending. Households with combined incomes of over $2m face higher income tax and those with over $5m incomes will be targeted with a further 4% surtax.

One area where her policies suffer from a lack of clarity is her attitude to international trade deals.

The battering these have taking from Donald Trump on the right and Bernie Saunders on the left have forced her to adopt a sceptical tone but she has stopped short of outright rejection of most of the big deals with China, Latin America and Europe. She has valiantly tried to defend the need for international trade while adopting a steely tone around defending American interests. It isn’t dissimilar to the position that the new British Prime Minister Theresa May finds herself in over Europe.

Undoubtedly a Clinton presidency will be much more to the liking of the markets, investors and investment managers than the potential roller-coaster of uncertainty that would follow a shock victory for Trump, but given her zeal for reform, it isn’t likely to be viewed with complete equanimity should it come to pass.