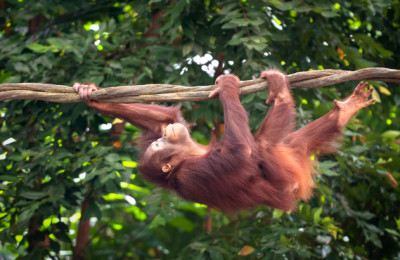 Growth and inflation are going to remain subdued, so central banks will keep rates very low, which has serious implications, according to Neil Dwane, global strategist at Allianz Global Investors.

“The fact that interest rates around the world are very low; here in Europe they are now negative, we’re in unchartered territory which makes people very nervous,” he said.

After the 2008/09 crisis the world has effectively had a debt problem, he said. "The debt inside our economy is like having an orangutan on your back. And what we’ve done during the last five or six years is turning the orangutan into a gorilla. How are we going to start deleveraging so that we can then start growth?"

Whereas 30 years ago [central banks] were talking about the desire to control inflation, now they are trying to generate inflation, said Dwane.

Japan started its crisis in 1990 and still has not found a fix 26 years on due to low growth, low inflation and demographic challenges, noted Dwane. He added that the question is whether Europe is about to head into the Japan scenario.

“If I take no risk I now lose money is a really, really challenging investment psychology for many of us,” said Dwane.

Europe needs structural reform, but there is not a single politician that is trying to push it through in Dwane’s view.

“And arguably, because of the Brexit decision, there’s little mood for more Europe at the moment. There’s an increasing debate about less of Europe; handing power back from Brussels to the national governments,” he said.

So there are warning signs that Europe has to watch very closely, noted the strategist. “Europe can’t afford to be complacent.

He also emphasised that European governments cannot now keep promises made, because they cannot afford to, and this is important to factor in going forward.

Another issue is the effect this environment is having on the banks.

“Negative interest rates really really hurt the banking sector,” Dwane noted. “If interest rates are so low there’s no spread. We are concerned for many of our clients currently that their business models are under threat.”

“But you have to get your brain around Indonesia and currency risks are involved, but that’s where the yield sits,” he added. “So if you want returns you are now forced to look more globally and you will need expertise to help hold your hand through this."