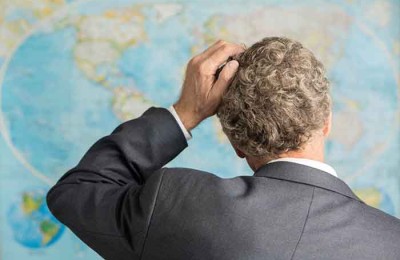 Christmas may be coming, but it had a far from festive feel to it as speakers, panelists and audience explored the theme for the Insurance Investment Exchange’s December event – Ghosts of Christmas past, present and future: At the crossroads of uncertainty and solvency.

Bob Swarup, co-founder of the Insurance Investment Exchange and principal at Camdor Global, set the scene by listing some of the key challenges facing investment managers as they contemplate the New Year.

“In 2016, top of the agenda have been Solvency II, lower rates and the choice of assets multiplying but becoming harder to access. These have created challenges for balance sheets.

“As we go into 2017, we have to expand that agenda to embrace the rise of deglobalisation, which will promote a growing tension between regulators and politics. Into that mix, we have to add an acceptance that fiscal easing is the new QE”.

The keynote speaker, Erik Vynckier, board member at the Forester Friendly Society and former CIO for Insurance at AB, picked up on these challenges straightaway: “The insurance industry’s problems have been brought into the clear daylight by Brexit and other events of 2016 but they were already there”.

These featured a wide range of post-credit crunch regulatory initiatives which, he warned, have still to be seen through to completion. In particular, he highlighted the drive towards mandatory clearing for most derivatives and mandatory collateral for the remainder, which would be significant for insurers as many relied on hedging currency risks and rates to help manage their ALM risk.

“I am all in favour of playing the liquidity game but liquidity planning is essential and I am not sure this is always being done”.

He urged the audience to look closely at the MiFID II regime as it is already being applied by some banks as a global standard for conduct and reporting of financial trading.

Brexit is obviously going to be a major disruptive issue for some time ahead, especially once the Article 50 process starts in earnest, but Vynckier stressed the need for clarity of thinking when approaching the Brexit debate: “Market access and equivalence are two very different issues. Equivalence is especially important when it comes to Solvency II capital and prudential regulation. With market access there are more options, including through the European Economic Area (EEA) and European Free Trade Association (EFTA). We also shouldn’t rule out the World Trade Organisation regime as a standard that could be adopted”.

Looking to the future, Vynckier said insurers and especially their investment departments had to broaden their horizons: “You can’t just respond to all of the external challenges on a technical level. You have to engage in the wider debate about what products the consumer needs and expects. This is how your firm is going to remain relevant.”

He also highlighted the Fintech revolution as a powerful disruptive force: “This will the biggest threat to traditional players between 2017 and 2020. It is completely deconstructing the competitive scene. Over US$3bn went into InsurTech initiatives in 2015 and that figure will have grown significantly in 2016”.

The seminar also featured panel discussions and breakout sessions, the latter covering more detailed topics. Theodore Economou from Lombard Odier Investment Managers looked at ‘Meeting the macro economic challenges of 2017’, Neil Snyman and Barry Fowler from Aviva Investors examined ‘Private debt: A spirit of the present’ while ‘Tackling the insurance challenges of illiquid assets’ was the topic of the final breakout session run by Craig Turnbull of Standard Life Investments.

The panel sessions gave all the presenters and speakers an opportunity to engage with each other and the audience on the big themes of the seminar. There was also a chance for the audience to express their views anonymously through electronic voting, a popular feature of Insurance Investment Exchange seminars.

One of the panelists captured the unease that many felt about the prospects for 2107: “We are facing something we are not trained to manage and that is political risks. We understand economics and know how to deal with it but politics is outside our experience”.

Another followed up one of the threats highlighted by Swarup in opening the seminar: “Globalisation is now under serious threat. The norms of the last thirty years are changing and all institutional investors need to prepare themselves for a major change in that landscape”.

As the title of the seminar highlighted, the insurance industry finds itself at a crossroads of uncertainty but unsure which direction it will be taking in 2017. At the Insurance Investment Exchange next year, we will hope to help cast some light on that debate.