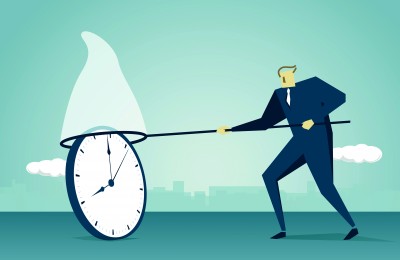 A profound sense of unease has descended upon me in recent weeks, and it isn’t due to the weather or England’s sporting prowess. A good crisis, and much subsequent pain are going to waste. Incongruities abound; nowhere more so than in Osborne’s “Freedom and Choice”.

Many have pointed out the tension between compulsory pension saving under auto-enrolment and the new “freedoms” of DC decumulation. A few have noted that the manner in which these changes were introduced has driven a coach and horses through the non-partisan consensus achieved by the Turner Commission. Some have put fingers to keyboards and looked at the consequences for tax receipts over the longer term. The higher income tax receipts from those who cash in their pension saving will be offset by a range of other factors, which hold the prospect of swamping those gains. It would be absolutely fascinating to see the Treasury’s analysis, and in particular how complete it was, but that is not to be, as HMT have, in their wisdom, declined to release this, even under Freedom of Information Act requests.

We have not yet seen the detail of the new “freedoms” but without specific countermeasures, we can expect to see what the Australians call “double-dipping” (annuitisation is not compulsory there). Draw your pension savings down, spend them all and then go back to reliance upon means-tested state benefits. When a word is coined to cover behaviour, it is hardly a rare event.

As an aside, means tested benefits serve to reduce the trust and solidarity in a society; universal benefits are preferable. Until recently, we appeared to be progressing well, along the right path with universal credit and the single tier state pension. However, without the requirement of a minimum drawdown we can expect the Irish and Australian experience of the very wealthy maximising their pensions saving in order to create tax-advantaged bequests for their litters; the costs of which can be truly horrendous. One central aspect of concern here is the effect of this on social and economic mobility.

I had thought that the crisis had taught us the lesson that excess financialisation of an economy can be disastrous, but in Osborne’s brave new world, pensions will now be a lifelong DIY project, not quite from cradle to grave, but all consuming. The old professionals versus gentlemen distinction becomes amateurs and gentlemen. The analogy is appropriate. Here is half an hour of guidance, now get out there and play test match cricket.

Since the publication of Thomas Piketty’s book Capital in the 21st Century, there has been a welter of discussion centred on inequalities in income and wealth and their economic and social effects. Beyond the few intransigent neo-liberals who still argue that inequality drives incentives and wealth trickles down, there are few who contest the negative effects on economic growth and civic cohesion. The effects of financialisation have been well described by Thomas Palley: “ Financialisation transforms the functioning of economic systems at both the macro and micro levels. Its principal impacts are to (1) elevate the significance of the financial sector relative to the real sector, (2) transfer income from the real sector to the financial sector, and (3) increase income inequality and contribute to wage stagnation.”

My recent worries have been aggravated by conferences on financial inclusion where only the financial “elite” were invited, and on finance as a force for good, where philanthropic works and “good” governance were paraded shamelessly, marketing adjuncts. The fog is clearing; the agenda: let’s get the financialisation bandwagon rolling again. Who really gives a damn about pensions; who has told the DC saver that these “freedoms” come at their expense?