European unity: no price too high

It is all too easy to put big issues into neat silos. The financial services sector can be especially guilty of this, frequently congratulating itself on making clever financial connections but often seeming blinkered to wider political and social contexts. 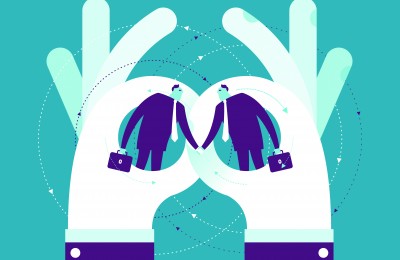 It is all too easy to put big issues into neat silos. The financial services sector can be especially guilty of this, frequently congratulating itself on making clever financial connections but often seeming blinkered to wider political and social contexts.

Take the Greek debt crisis. We all know this has heavy political overtones, with the political turmoil in Greece only muted for now, given the re-election of Syriza at the end of September. The Athens government will continue to challenge the terms of the bail-outs, but it will do so now with fresh confidence in the changed political climate.

The biggest game changer in the never ending tea dance around the unrealistic debt repayment burden facing the Greeks isn’t its own internal politics, however, but the refugee crisis that has ruthlessly exposed the many fault lines just below the surface of the European project. In doing so, it has placed a new premium on the preservation of European unity and that will include as a central plank the preservation of the Euro.

That is why insurers should sit up and take note because it could have big implications, even for the vigour with which Solvency 2 compliance might be pursued. From refugees to financial regulation might seem a big jump but the connections are there.

There are three key consequences for Greece, the Euro and wider European integration flowing from the tide of human misery sweeping across Europe.

It has destroyed the illusion that the enlarged European Union has any real sense of shared purpose. The EU was created in the good times and has no mechanisms, culture or experience of dealing with real crises. The refugee crisis has shown how quickly many countries will put narrow self-interest ahead of any deference to European unity.

This threatens the whole project. The Germans know that. The French know that. And yet both are deeply committed to repairing the damage when the opportunity arises. They also know that it makes it even more critical that contagion from the Greek debt crisis does not threaten the Euro.

That is when the second consequence will come into play. Germany has been forced to play the bad cop in the negotiations over Greece. Too much of the debt due for repayment in the short-term is owed to German bondholders, who were deemed unable to withstand the sort of haircuts being suggested. Angela Merkel has had to stand firm, knowing that her own Parliament would never jeopardise German economic interests.

Roll forward three months and now suddenly, Germany is the good cop of Europe, opening its doors to tens of thousands of refugees and migrants. In doing so, it has regained significant political capital, especially amongst those who care about European unity. It will have a more powerful voice than ever when the negotiations over Greek debt inevitably resume.

Even in Greece, Germany will be viewed more sympathetically. The consequences if Germany had not opened its borders and pushed the debate about refugee quotas are politically unpalatable. Greece would have found it almost impossible to cope as more refugees arrived but lacked any obvious route open across Europe. That may well turn out to be a temporary respite, following the numbing tragedy of the Paris tragedy, but German borders are still open to a managed flow of refugees for now.

The hard financial implications are hard to predict from these tea leaves but that doesn’t mean investment directors should turn a blind eye and hope such complications will go away.

Greece’s immediate debt financing problems are focused on the substantial slab of €1.3bn of three-month Treasury Bills nearing redemption. These were sold earlier in September to refinance a maturing issue and kept the public finances afloat as Greece headed towards its general election. The terms showed an easing of the volatility of the first half of 2015 with the yield of 2.70% unchanged from last month. The bid-to-cover ratio was 1.30, also unchanged from the last sale.

These sales may buy time but not much time. The longer they carry on, the more likely Greece is to reach calmer waters. But this is also a form of short-term financing, acutely sensitive to sentiment. As we head into 2016 and beyond, key repayments are due to the European Central Bank and the International Monetary Fund. Greece will hope that both are removed from immediate political pressures and able – as well as willing – to adopt a more flexible stance.

This brings the third consequence into sharper focus. No-one will want to force another round of tense Greek debt crisis negotiations while Europe has more pressing issues on its plate. Buy time, wait for calmer waters will be the word in Berlin, Brussels and Paris. It will be welcome music in Athens too.

In economic terms, the big concern is still contagion, especially deepening the north-south divide in Europe. Greek GDP will continue to deteriorate over the next few years, but its limited trading links should mean this can be contained. But if the instability caused by a new debt crisis starts to haul back the gradual recovery elsewhere in Europe, bond yields and corporate asset values will come under pressure. This will become yet another factor forcing central banks to maintain their existing support through QE (quantitative easing) and low interest rates.

The bottom line for the damaged European project remains the preservation of the Euro, more so now than ever. The French and Germans will do almost anything to defend the Euro, discarding previous declarations and even threatening the regulatory structures of Solvency 2 if that is what it takes. They bent the rules to get Greece in and they will bend them even further to keep them in.

Solvency II will arrive in 2016 but it may find that the environment is changing fast, as economic growth and financial stability collide.