Searching for the light at the end of the tunnel

Unprecedented uncertainty looms over insurers’ investment portfolios. Normally in times of market turbulence, there are data from previous crises that can help plot a course through but not this time.

“This time there is no 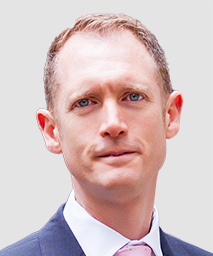 historical precedent and no back data that really helps. When you are starting to look back to the 1918 flu pandemic, the economic relevance to today is not particularly strong" says David Page, head of macro research at AXA Investment Managers (pictured).

“We’re not really sure what the new normal is going to be as we don’t know how government social distancing policies will develop, how consumer behaviour will change or how corporates will respond to the changed business environment.

“We also don’t know what the future path of the virus will be. Clearly, there is a risk of a second wave, especially in parts of the United States where they are opening up despite the rate of infection still growing”.

Page warned that with such uncertainty swirling around “trying to finesse economic forecasts is almost impossible”.

It is against this background that central banks are having to make major decisions on how they support battered economies.

Just how they do that “depends on the background of the central bank”, says Page.

“The Bank of England is in a similar position. The big question mark against this is the efficacy of these policies”.

There is evidence, argues Page, that the impact of the revived quantitative easing programmes and interest rate cuts is not as marked as it was during the Global Financial Crisis of a decade ago. Alongside this must be put fears that some central banks, such as Japan, have little headroom as they already own too high a proportion of assets, and concerns that the political problems the European Central Bank has run into could limit its ability to support the Euro economy.

Within the Eurozone he warned of a potential domino effect if the German courts move to enforce a ban on the Bundesbank taking part in ECB operations: “Other central banks within the Eurosystem could step in and fill the gap if the Bundesbank were forced to withdraw, or the other central banks could be instructed to continue to buy domestic bonds which could lead spreads to narrow markedly”.

Despite this, CIOs exploring  ways to de-risk portfolios will have to look at building up holdings of government bonds. They could also find good quality lower risk assets in corporate credit: “The returns are potentially not so high but those with central bank support are less risky”. Picking the sectors to back would need to be done with care as some, such as US high yield energy, are a concern, especially as high yield incurs a higher solvency capital requirement when compared to investment grade credit.

Equities are unlikely to find much favour: “We have seen a lot of big swings already but there is still a lot of volatility to come”, he cautions.

He also warns that other uncertainties that were foremost in CIOs’ concerns earlier this year have not gone away, especially the threat of a cliff-edge Brexit at the end of this year.

“It is very difficult to glean any sort of progress in the talks”, he says, which holds huge dangers for the UK economy.

“Even a move into a Canada-style free trade agreement would cause some disruption. A sharp break at the end of the year and the adoption of WTO [World Trade Organisation] terms would cause even more disruption.

“To do so at an economically vulnerable time would be very dangerous for the UK economy”.

He is clearly concerned about the lack of progress and the prospects of anything clear emerging in time for the crucial deadline at the end of June by which time the outlines of the deal are meant to be ready or an extension agreed.

“The government does not have a strong track record in putting the good of the economy first when it comes to Brexit … it has behaved in an economically irrational manner throughout the whole period”.

He refuses to be drawn into outright pessimism, however.

“On balance, we still think there will be an extension to the transition period but that might be left to the last minute later this year”.

You can hear more from David Page at the Insurance Investment Exchange’s virtual seminar on 27 May (see below).

The Light at the End of the Tunnel?
The macro and portfolio impact of Covid-19 for insurers

Please join us for a complimentary digital event to discuss and analyse the state of play for the global economy, fixed income markets and insurers’ portfolios as the pandemic dust clears. We will bring together insurance companies, investment managers, policymakers and other industry experts in an open forum to ponder the current environment and the implications for insurance investment strategy