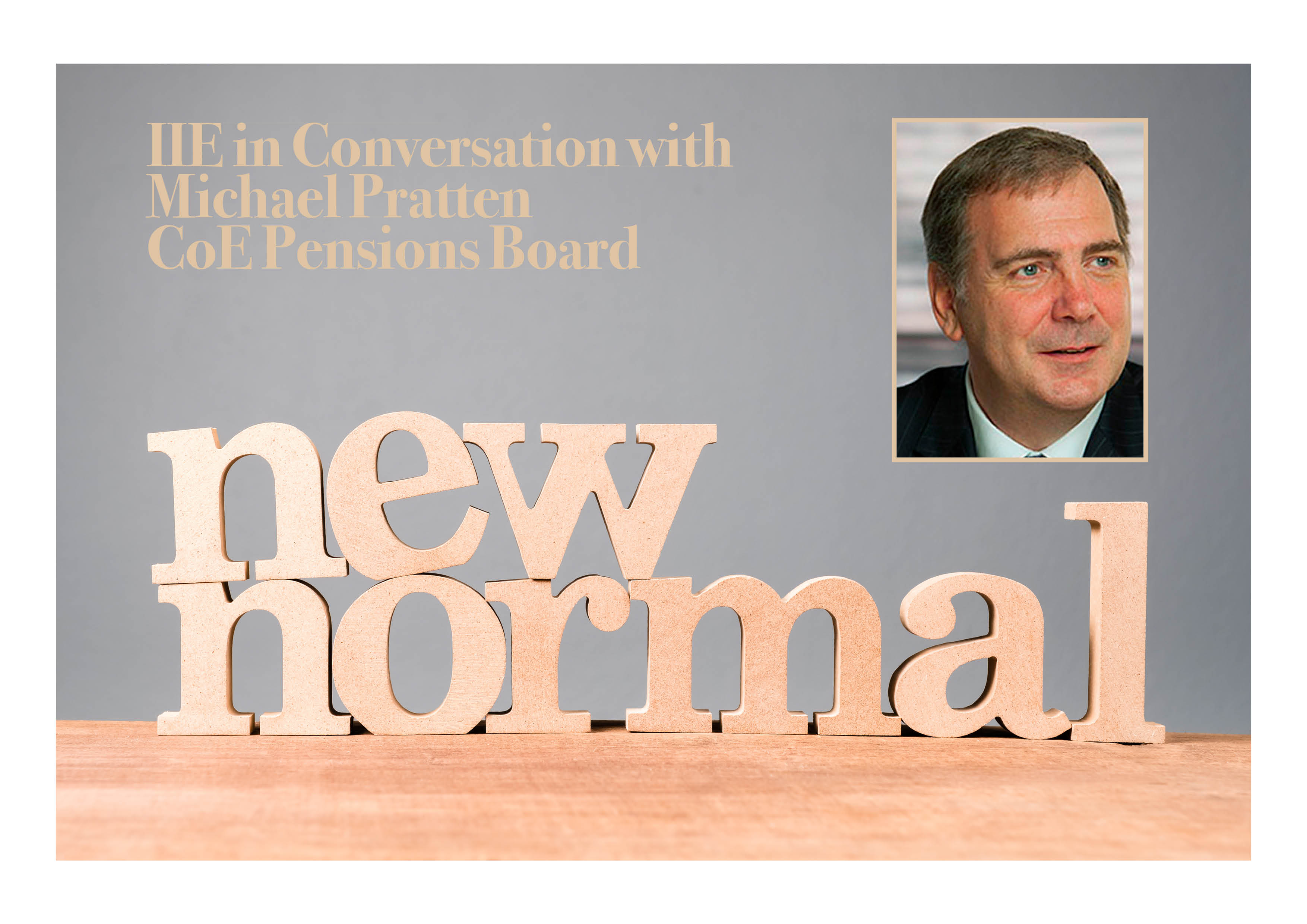 Green transition top of post-Covid agenda, but don't take your eye off inflation

In the latest of a new series of conversations with leading CIOs and other key figures in the insurance investment community, Michael Pratten, CIO at the Church of England Pensions Board, reflects with David Worsfold on some of the key learnings over the last year as we head for the New Normal.

He is in little doubt that the biggest change CIOs will face as we head for the New Normal is the rising interest in climate change and ESG: 'Climate change was an emerging issue when we went into the pandemic. Now as we come out of it, climate change is the dominant issue and ESG factors are becoming mainstream. This is a reminder that investment does not happen in a vacuum, it is intimately linked to societal challenges and can be a real driver for change.”

The Board, as one of the National Investment Bodies for the CoE, incorporates ethical and ESG considerations as a central tenet in its investment strategies and mandates so is well-placed to adjust to this changed world, says Pratten, whose recent roles include five years as CIO at the Canopius Group.

In term of macro-economic themes, the fiscal and monetary response to the pandemic combined with the vaccine roll-out has led to an impressive recovery in the global economy but he sees a range of pressures bearing down on investment portfolios as the world struggles through fresh waves of infection to an as yet uncertain post-Covid world

"The key question on everybody’s lips is whether the pick-up in inflation that we are seeing is transitory and when it will lead to monetary and fiscal stimulus being removed. The consensus does seem to be forming that it is a temporary blip and that the spectre of inflation will be suppressed by global factors. The Fed is likely to sit tight for the next 18 months and more likely to taper first before it makes a significant move on rates”.

This requires a firm, but gentle, hand on the tiller and a clear sense of direction, says Pratten.

"The way we look at it is that there is still increased uncertainty in terms of how inflation and economic activity will develop. In response we are focussing on  portfolios that are likely to be robust over a range of outcomes and have in-built resilience.

"We have pulled back a bit on equities as part of a longer-term de-risking strategy. We are trying to find portfolio diversifiers among a broader category of alternative asset classes”.

They will also be thinking about the role infrastructure assets can play in their portfolio and how this sits alongside the CoE’s broader focus on sustainability and the transition to a green economy, part of a sharper focus on trying to "capture opportunities” created by longer-term by climate change, digitalisation and working from home.

"We are developing a strategy that both recognises the climate emergency and ESG factors as the New Normal and are keen to use our position as a global leader in responsible investment to help drive the transition and to give our pensioners a world that is fit to retire into.

"The key for us is supporting the shift in the real economy away from high carbon emissions and towards sustainability."

He acknowledges that the CoE pensions funds are not alone in this focus and that his former colleagues in the insurance market are not far behind either.

"Pension funds are increasingly setting net zero targets and that will become the norm. Insurers are showing an increasing awareness of ESG and I am hopeful that this will also be reflected in their portfolios" although he acknowledges the greater flexibility he has in his new role.

"Pension funds have a longer-term horizon. We don’t face the same restrictions as insurers do with Solvency II and the Matching Adjustment so that gives us a little more flexibility when it comes to looking for longer term incomes."

Even an institution like the Church of England with a high profile and significant investment firepower can only go so far in re-orientating corporate agendas to a net zero and more climate friendly world, however.

"It is not going to be an easy transition because it requires the whole global economy to change and that could take decades. We also recognise that pension funds cannot do it alone. It needs government action and major public policy initiatives."

It also needs tools placed in the hands of CIOs to help them make the best decisions, decisions that will retain the confidence of policyholders, pensioners and, crucially, boards of directors focussed on returns. Performance is key and Pratten believes that nowadays the right help is available.

"The foundation of our own approach has been through the Transition Pathway Initiative (TPI) that we created with the Environment Agency Pension Fund.

"The TPI is a global partnership between the Grantham Research Institute at the London School of Economics, the London Stock Exchange Group and asset owners from across the world.  It looks at how companies are moving on their pathway to net zero and is increasingly being used as an accountability framework to monitor if companies are delivering on their commitments.

"Significantly, TPI is now informing market indices like the FTSE TPI Climate Transition Index, which we helped to develop and incorporates the benefits of active stewardship and engagement with companies in a passive index."

CoE pension funds now have c£800m in the FTSE TPI out of a £3bn portfolio, around half of which is invested in equities.

"Over the last year or so the carbon emissions intensity of our equity holdings has halved, largely as a result of using the index, and we are now well below the intensity of the MSCI ACWI. We don’t feel we are giving anything up in return terms as we are out-performing MSCI."