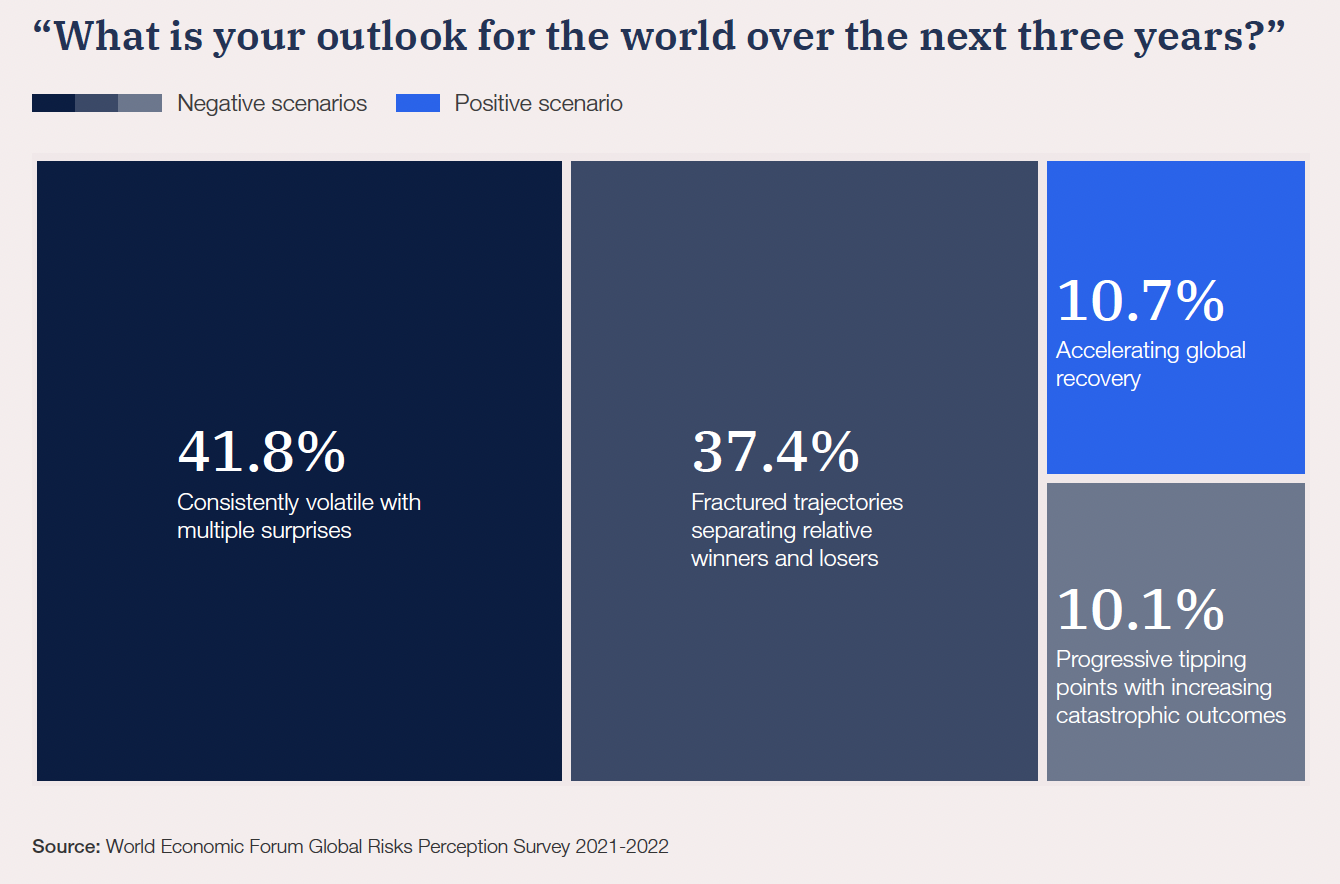 The 17th Global Risks Report produced for the World Economic Forum has highlighted fears among political and business leaders around the world that the next two years will see a heightened risk of a major asset bubble burst, writes David Worsfold, contributing editor.

The report was produced for the WEF’s high-profile Davos meeting, which was held virtually last week. The Global Risks Perception Survey (GRPS), which has underpinned the report since 2006, was refreshed this year to gather new and broader insights from nearly 1000 global experts and leaders. In addition it also draws on the views of over 12,000 country-level leaders who identified critical short-term risks to their 124 countries. The report is produced for the WEF by its strategic partners Marsh McLennan, SK Group and Zurich Insurance Group.

The 117 page report covers a wide range of key topics, including economic trends, climate change and the threats from a disorderly transition, supply chain stresses, barriers to migration and digital dependencies and cyber vulnerabilities.

The underlying message of the report on the economic front is that we have entered a period of persistent volatility with the capacity for multiple surprises (see chart above).

“Debt crises” were identified as an imminent threat to the world for the next two years, but respondents believe they will reach their most critical point in three to five years: “Government stimulus was vital to protect incomes, preserve jobs and keep businesses afloat, but debt burdens are now high and public budgets will continue to be stretched after the pandemic, even as they are needed for financing just and green transitions”, says the report.

Alongside potential debt crises, inflation is also identified as another potential threat to economic recovery: “Inflation has accelerated in many countries as a result of pandemic-related disruptions to supply chains combined with resurgent consumer demand and higher commodity prices. This will dampen consumer sentiment—which has been fundamental for recovery—and will increase risks from central bank interest rate rises.  In advanced and developing economies alike, higher prices and more expensive debt would impact lower-income households especially hard, while small and medium-sized enterprises (SMEs) that are still trying to avoid bankruptcy would suffer from weakening consumption.” 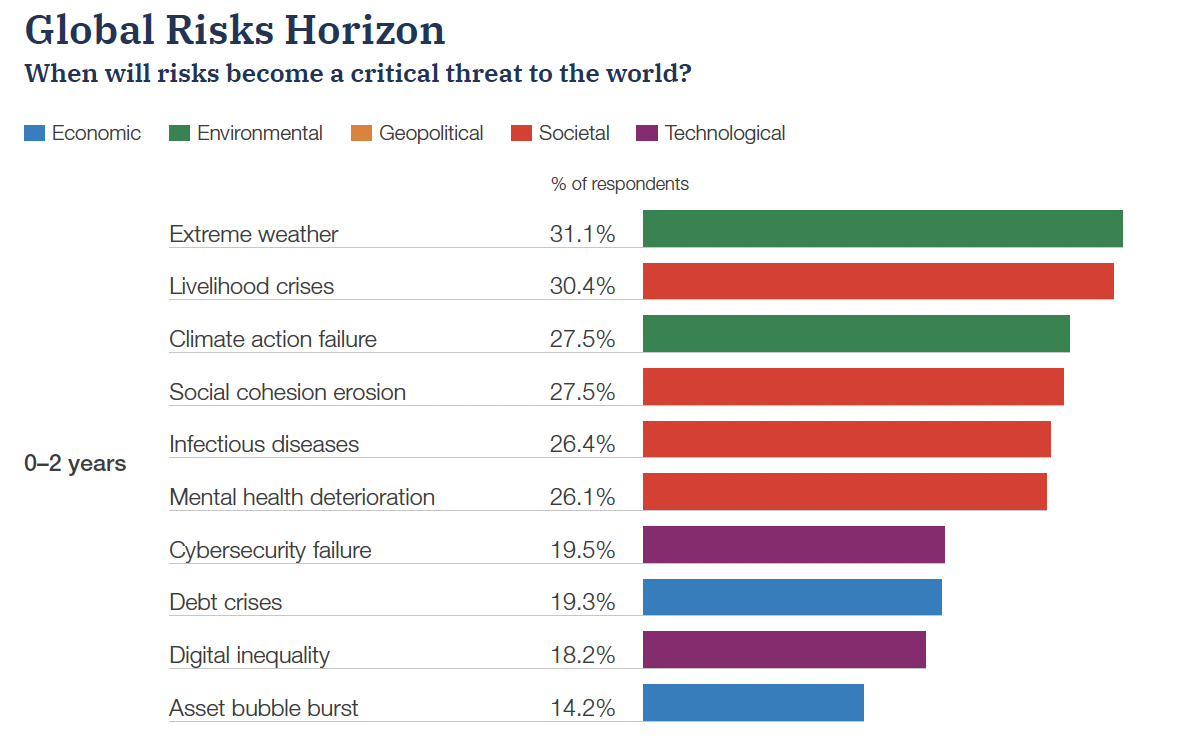 A growing anxiety about the potential for an asset bubble burst to derail fragile economic recoveries was among the headline findings from the wider survey of 12,000 key political and business leaders. They were asked: “What five risks will pose a critical threat to your country in the next two years?” and were presented with a very broad list of 35 risks.

This placed fears of asset bubble bursts in large economies as a top ten risk, underlining fears that prices for housing, investment funds, shares and other assets in large economies increasingly disconnect from the real economy (see chart). Countries where respondents highlighted this as a top five risk included China, Czech Republic, Denmark, the Baltic States, Finland and United Arab Emirates. The United States, Switzerland and Sweden placed it as the number one risk they believe they could face, not necessarily originating in their countries but having a serious impact.