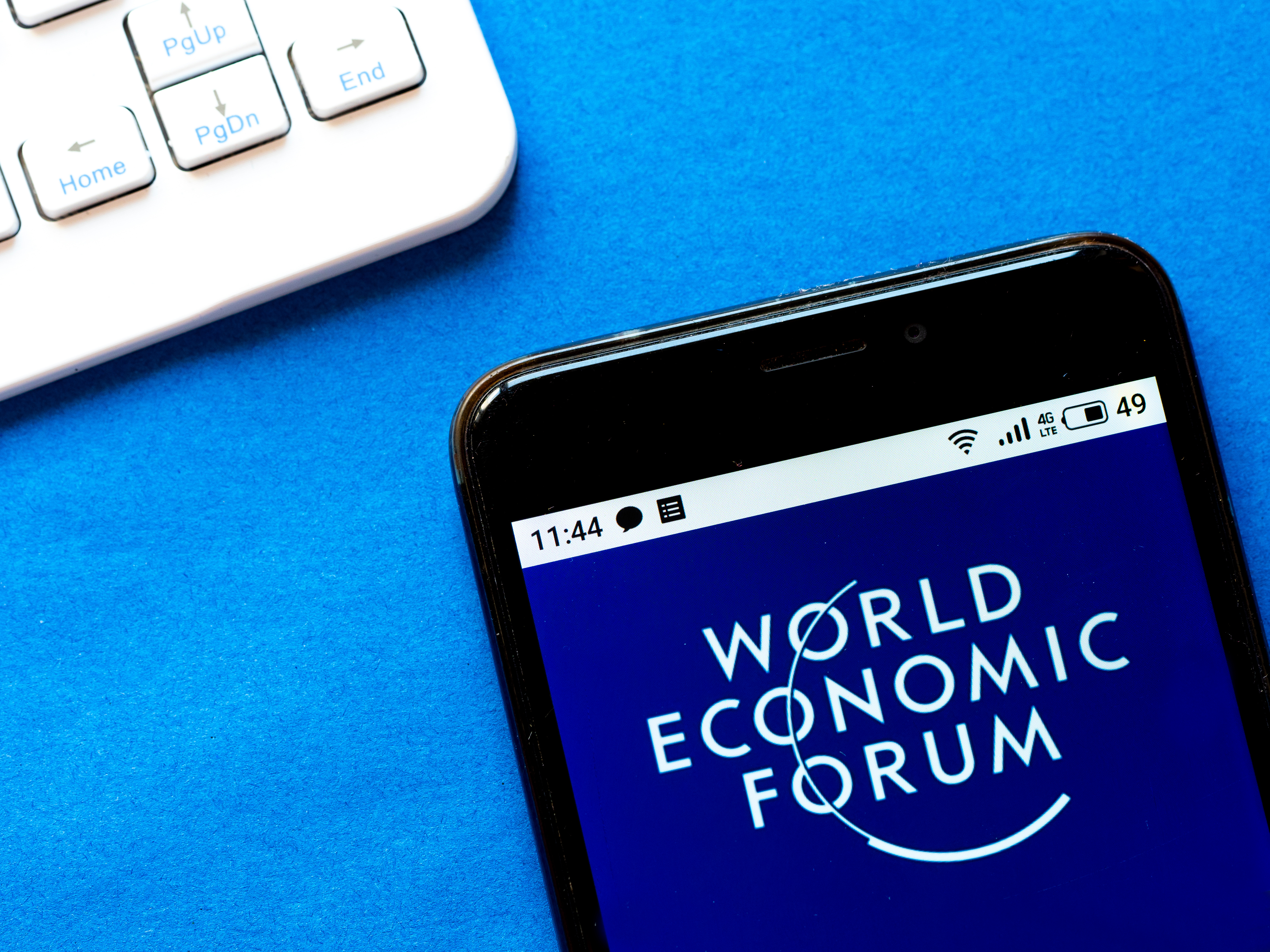 The World Economic Forum in Davos may have moved from the depths of winter to the spring but its mood has rarely been gloomier, writes Contributing Editor David Worsfold.

Few speakers have gone as far as veteran hedge fund manager, turned global philanthropist, George Soros who warned delegates yesterday that the world was at a dangerous tipping point in the wake of Russia’s assault on Ukraine: “The invasion may have been the beginning of the third world war and our civilisation may not survive it,” he said.

For him, this was not a surprise but part of a shift in the delicate global geo-political balance: “The invasion of Ukraine didn’t come out of the blue. The world has been increasingly engaged in a struggle between two systems of governance that are diametrically opposed to each other: open society and closed society”, he said, calling out China alongside Russia as the other dominant threat.

The instability this has caused has thrust concerns about inflation and the prospects of a global recession to the fore, ahead of climate change, poverty relief, technology and data issues that have been the favoured topics of discussion at Davos in recent years.

The acceptance that high levels of inflation are here to stay has also been causing anxiety in the boardrooms of the world’s property & casualty (P&C) insurers. Claims costs are rising at rates unknown for decades as the impact of raw material shortages and energy price rises caused by the war in Ukraine, along with protracted supply chain disruptions, have combined with the pressures of social inflation that have been building up for some years.

It is not a pretty picture for P&C insurers who might be tempted to look to their chief investment officers (CIO) to provide some relief with higher returns, according to a new report from Gallagher Re:

“In response to all these inflationary pressures, investment yields globally have been moving up. So, if insurers are facing risks in terms of current and prior year underwriting results, at least some help is on its way in terms of better investment income.”

It cautions that there are there are three specific caveats to dampen any undue optimism on this front, however. 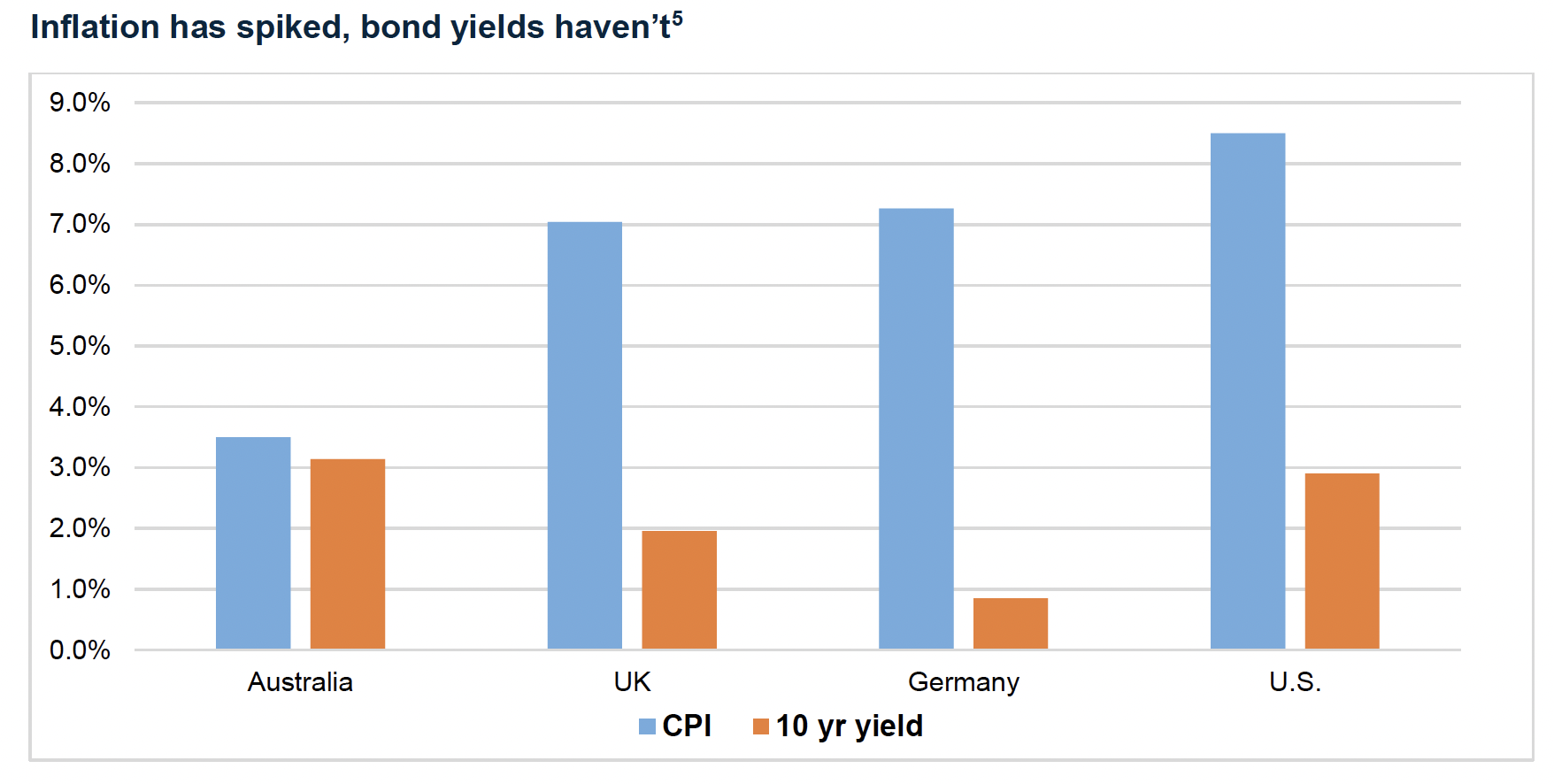 om a very low base. Interest rate moves to date, particularly on longer-dated bonds, have been much less pronounced than inflation. Across a sampling of major economies, ten-year government bond yields currently stand well below inflation rates.” See graph 1.

“Second, the recent pick-up in yields will take time to work its way into insurers’ overall investment portfolios. A rough rule of thumb is that a non-life insurer’s investment portfolio will turn over every four years, and so the ‘booked’ yield flowing through the insurer’s profit and loss account will be roughly the four-year moving average of where new money yields have been.” See graph 2 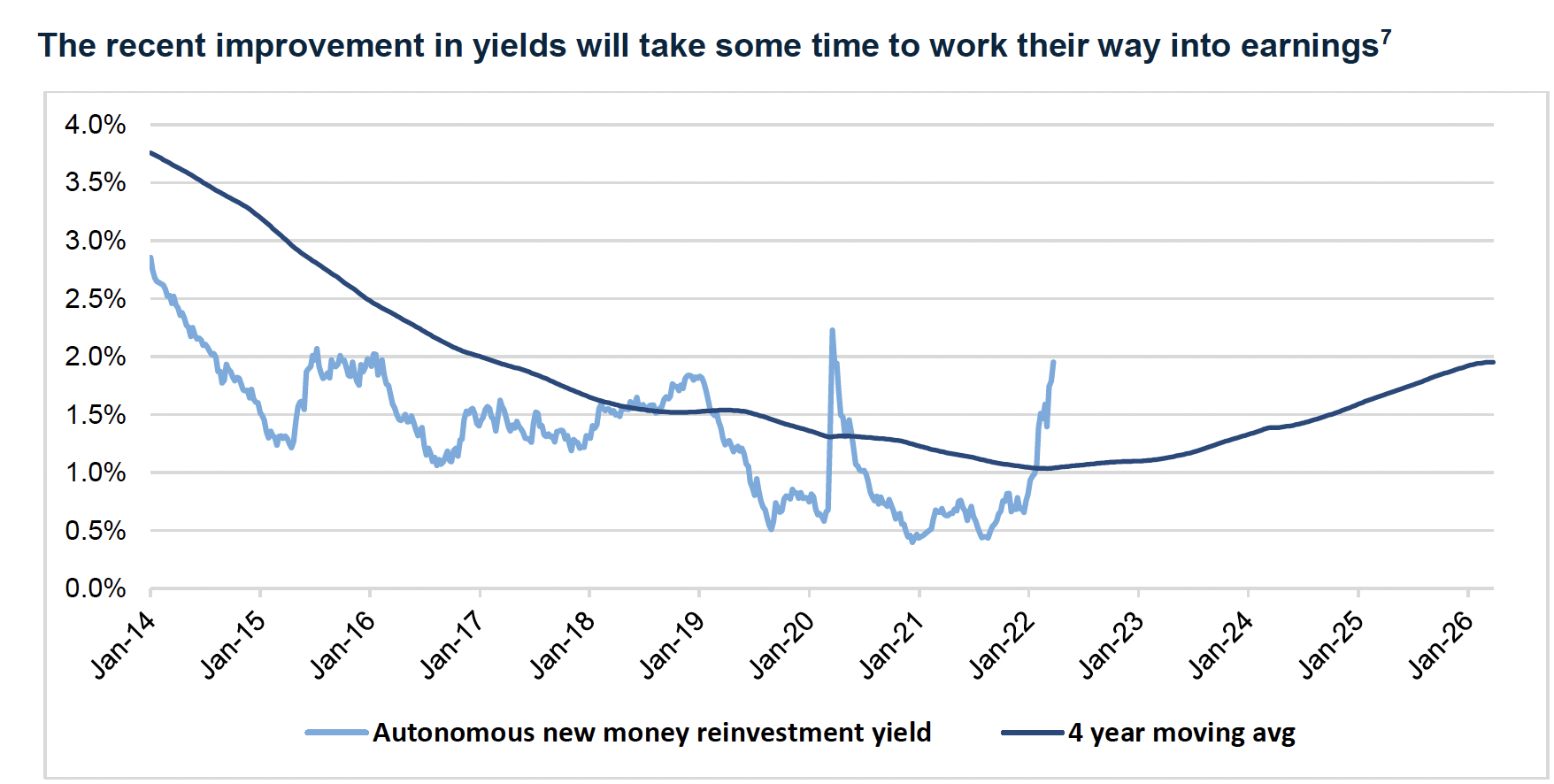 Book now for Privatising the Core – Return, resilience and diversification in the heart of the insurance portfolio