New faces at Treasury, FCA … and a robust defence by the PRA

The unprecedented chaos of the last week, as the government imploded, left the country bewildered and many struggling to keep up with the whirlwind pace of events. As the dust settles, at least for a brief interlude, we find many new faces in key roles affecting the City and the insurance market, writes David Worsfold, contributing editor.

The high profile departure of Rishi Sunak as Chancellor the Exchequer and his replacement by Nadhim Zahawi, now a candidate for the leadership of the Conservative Party, masked a series of other key resignations from the Treasury (pictured) ministerial team. These included John Glen, Economic Secretary to the Treasury and City Minister. Glen was widely respected in the City for his grasp of a complex brief, which included oversight of the post-Brexit review of Solvency II.

While some of the dozens of junior ministers who resigned as the government collapsed were re-appointed to the interim team now caretaker Prime Minister Boris Johnson hastily put together, Glen was not among them. 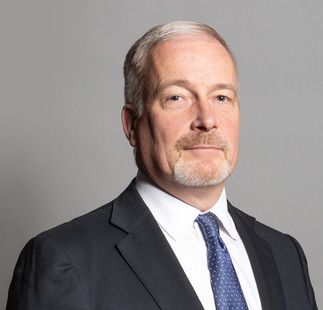 His position has been filled by Richard Fuller (pictured), MP for North East Bedfordshire since 2019 and before that MP for Bedford between 2010 and 2017, when he lost his seat. Prior to 2010, he was a partner in the strategy consulting firm, LEK Consulting, and a founding partner of the venture capital group at Investcorp.

Fuller’s tenure could be very brief, depending on the plans of the new Prime Minister.

Change at the top for FCA

Fuller is not the only new face the City will have to acquaint itself with as the Financial Conduct Authority has a new chair, Ashley Alder.

Alder is expected to take up his role in January 2023 and will succeed Richard Lloyd, who has served as interim chair since Charles Randell stepped down in May 2022.

The former lawyer is currently CEO of the Securities and Futures Commission of Hong Kong, having been in post there since October 2011, and is also currently the elected Chair of the International Organisation of Securities Commissions, the global standard setter for securities markets regulation.

“It’s a great privilege to have the opportunity to Chair the FCA, whose core work is so vital to the financial health of consumers”, said Alder on his appointment.

“I also value the opportunity to contribute to a crucial phase in the FCA’s history as it helps chart the UK’s post-Brexit future as a global financial centre which continues to support innovation and competition through its own world-leading regulatory standards.”

The shape of post-Brexit financial regulation, especially Solvency II, is still being consulted on by the Treasury and the Prudential Regulation Authority. Reports emerging from 10 Downing Street shortly before Johnson’s resignation, suggested that he was becoming impatient with what he saw as the slow progress being made. This stung Sam Woods, Deputy Governor for Prudential Regulation and CEO of the PRA into a robust and detailed defence of the PRA’s approach in a major speech last Friday at a Bank of England webinar.

“Brexit gives us an opportunity to rewrite the insurance regulations we inherited from the EU – and in doing so help drive further investment in the economy. But we need to be clear that this is not a free lunch. If changes simply loosen regulations which were over-cooked by the EU, without tackling other areas where regulations are too weak, then we are putting policyholders at risk”, said Woods.

He made it very clear that the PRA was in no mood to take risks with regulation just to satisfy the impatience of pro-Brexit ministers.

“Following Brexit we have a once-in-a-generation opportunity to re-shape insurance regulation to work better for the UK. We can do this while loosening parts of the regime which were over-calibrated by the EU and making it easier for insurers to invest in a wider range of assets, but we also need to strengthen it in one area in order to avoid risks to the millions of current and future pensioners who rely on insurers for their retirement income. The combined effect of these changes should support the government’s objectives for competitiveness, growth and investment in the economy.”

His full speech went into detail on the PRA’s current thinking on the Matching Adjustment and the Risk Margin.

While the pressure from government is now likely to ease over the summer, Woods has put down a clear marker for when detailed discussions between the Treasury and the PRA re-commence in the autumn, when the promised Financial Services and Markets Bill is expected to start its Parliamentary passage.