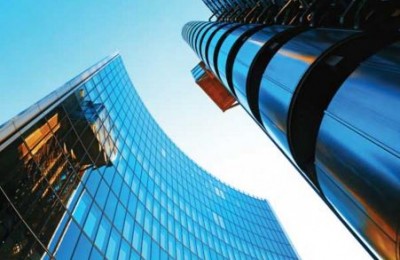 But it isn’t and it won’t be anytime soon, not unless EIOPA (European Insurance and Occupational Pension Authority) tones down its hostility to insurers investing in infrastructure.

It is stubbornly refusing to do so. This regulatory intransigence is no longer just a technical concern of insurers but a major worry to national governments who have forced the European Commission to step in and demand EIOPA review is stance.

For many years now, insurers have raised concerns about the effect that Solvency II will have on long-term investment, such as infrastructure debt and equity. There was some frustration that until the recent European Commission initiative, EIOPA did not show any interest in addressing this key issue.

Gradually, based on its further analysis, however, EIOPA has taken a slightly more relaxed approach, proposing changes to calibrations during the autumn: “They have recognised that infrastructure should be less risky because the recovery rates are strong and there is good control over cash flows. EIOPA has used those characteristics to justify a lower calibration”, says Olav Jones, deputy director general of pan-European trade body Insurance Europe.

However, he warns that the regime is still “too conservative and very restrictive, although we recognise it as a first step”.

The way EIOPA wants insurers to value infrastructure investments – for which there is no market and therefore no market price – is by using a Level 2 valuation comparable to similarly rated corporate bonds. This risks importing huge volatility onto insurers’ balance sheets. The longer the bond, the greater the impact of this volatility, leaving infrastructure investment something only for insurers with large amounts of surplus capital. This appears to be one reason why the current steps haven’t solved the problem and insurers are looking for more movement from EIOPA. It is hardly surprising that across Europe, barely 1% of insurance companies’ assets are invested in infrastructure.

The UK government has made no secret of its desire to persuade insurers and pension funds to invest more in ambitious infrastructure programmes. But the money is just not forthcoming. The Treasury revealed last week that only £1bn has been raised towards the £20bn target it set for new private sector money backing infrastructure developments.

It needs to look no further that EIOPA’s rigid interpretation of Solvency 2 to find one of the key reasons why the volumes it believes should be available are not forthcoming.  The UK government is not alone in the EU in wanting to see greater support for infrastructure projects from insurers and pensions providers.

This frustration has now boiled over. On 19 November, EIOPA reluctantly issued a further consultation on how infrastructure corporates should be treated following pressure from the European Commission. Its deadline for responses is 12 December, an indication of the urgency that the Commission has injected into this debate.

Corporate structures – as opposed to project financing structures – are common in a wide range of infrastructure projects across Europe, especially where there is a strong private sector involvement. EIOPA has stubbornly refused to recognise these as qualifying for the modest concessions on lower calibrations it is applying to other infrastructure investments.

It affects a wide range of projects such as airports, says Jones: “We would say of course airports like Heathrow are infrastructure and should be included in the definition.”

This won’t be resolved, however, in time for the 1 January 2016 implementation of the main tranche of Solvency 2 rules. Even if EIOPA rolls over, it will still take three months of further consultation on the new delegated acts needed to implement a fresh approach. If EIOPA doesn’t come round to the Commission’s and the insurance industry’s way of thinking, the Commission does have the power to overrule the regulator – not a step it would take lightly.

Even if this is resolved, don’t expect to see a flood of money into infrastructure, cautions Jones: “We think getting more suitable projects in the pipeline is just as important as removing the barriers. Despite this being highlighted as an issue in the Juncker asset investment plan, not enough has been done to stimulate the pipeline”. Another part of this plan, jointly spearheaded by the European Investment Bank and European Investment Fund, is the European Strategic Fund for Investment (EFSI), which aims to push €315bn into a wide range of “strategic projects” over the next three years.

This money will be looking for projects to invest in. With too few around, it could start investing in the sort of corporate structures that should appeal to insurers and pensions funds, warns Jones: “There is a danger that this EFSI investment will crowd out investment from insurers because there are simply not enough suitable projects in the pipeline. This means that yields will come down, further reducing their attractiveness to insurers”.

EIOPA is playing hardball. The tone and brevity of its most recent consultative document does not suggest an easy resolution to this stand-off: “EIOPA has considered the comments received and would acknowledge that there is some evidence that ‘infrastructure corporates’ have performed better than other types of corporates. However, the evidence is much less convincing than for infrastructure projects. In addition, as stated in the consultation paper, there are delineation problems regarding the ability of corporates to enter into other business activities besides infrastructure. EIOPA does not consider that the proposals received from stakeholders adequately address this challenge”.

In taking such a tough line, it is drawing policy battle lines and risks the humiliation of being overruled by politicians. The implications for the future of financial regulation are profound. Few precedents exist for political intervention at this level of detail.