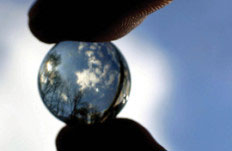 Climate change. No, this is not another article to send onto those poor underwriting folk, as they struggle to develop new models for assessing and transferring climate change related risks, especially at the catastrophe end of the risk spectrum. Rather, this one is about aligning insurance asset management strategies with the burgeoning climate change agenda.

In the wake of the ground-breaking agreement at the end of the Paris Summit in December 2015 – the 21st Session of the Conference of Parties (COP21) – the role of insurers as investors in renewable energy and a range of green initiatives has come into much sharper focus.

The Geneva Association has already identified this as a key outcome, saying the four year ratification process will see more and more being asked of insurers: “It seems inevitable that by 2020 the (re)insurance sector will not only be providing a wider range of risk-transfer solutions but also be supporting emission reduction efforts and transitioning to a low-carbon economy through its investment strategies as well as actively managing its carbon footprint”, it says in a lengthy review of the summit.

Insurers investing in the green economy is not new, of course.

The flow of money into Green Bonds has been growing steadily over the last few years with 2015 seeing it break past the $40bn barrier for the first time, almost 15% up on the previous year. Many of the most attractive issues are quickly oversubscribed in today’s markets, reflecting both the growing interest in the role that investment in a sustainable future has to play as well as a chronic shortage of quality investment.

This is despite widespread nervousness about the lack of appropriate tried and tested valuation tools. Manual Lewin, head of responsible investment at Zurich Insurance, for example, was not reassured when he reflected on a post-COP21 investor summit in New York at the end of January: “I couldn’t help but fell that, somehow, there is a big disconnect between what some of the leaders in the room were expecting investors to deliver and the reality I see. Back in real life, asset managers still talk about the stable returns investments in fossil fuel infrastructure can deliver. The term ‘climate change’ is hardly ever used by analysts and pundits commenting on the current situation in the energy markets”, Lewin wrote afterwards.

Zurich has been one of the biggest investors in green bonds, committing over US$2bn to the market but it has done so by sticking to the bonds backed by blue-chip institutions such as the World Bank where it feels the key boxes can be ticked: the ability to earn stable, risk-adjusted returns; reduced vulnerability to climate risks and energy market turmoil; and the chance to support projects that are both environmentally and financially attractive.

Other backers of the World Bank bonds from the insurance sector have been QBE, Caisse Centrale de Reassurance and Axa. The latter has said that it is shedding €500m ($563m) of investments on coal-related assets as it aims to put €3bn ($3.3bn) into a range of green investments by 2020, triple its current level of investment.

Even the big US insurers are staring to take an interest in this area despite the high level of political toxicity that inevitably surrounds the whole issue of climate change Stateside. Here, Warren Buffet – ever the maverick – is leading the way. At the end of 2014, a subsidiary of Berkshire Hathaway issued US$1bn of green bonds to build and operate solar farms in California. Of course, if the Americans were to come in with serious intent, the challenge of finding enough good quality investments will only become more acute.

But the market is developing rapidly.

New bank issues towards the end of 2015 included Societe Generale, with it’s a €500m ($563m) ‘Impact Bond’ and ING with an inaugural $1.33bn two-tranche green bond, which was heavily oversubscribed. The Nordic Investment Bank, already with a good track record in this area, has said it is aiming to issue €700m ($788m) of new bonds every year. Experienced investors in this market are also watching BNP Paribas and HSBC, both expected to make their first foray into this market during the first half of 2016.

There could also be action on the developing country front, although this may hold less appeal to investment managers cautious about combining the traditional uncertainties of emerging markets with the unknowns of green investment. At the end of last year, two developing country issuers came into market for the first time, the Development Bank of Mexico and the Industrial Development Bank of India, with issues of $500m and $350m respectively.

Today, those bonds are not likely to be at the top of any insurer’s shopping list. There is still much work to be done to build both understanding and confidence in the whole market.

Lewin acknowledges: “What data is actually useful? Disclosure is great, but how useful is a portfolio scope 1+2 carbon footprint if no-one knows what to do with it? What are the tools that allow them to link regulatory scenarios, assumptions about carbon price, etc. to their (relative) valuations? How to become comfortable with (emerging market) infrastructure investments and how much of that should really be in renewable energy?”

It’s a challenging shopping list but one that isn’t going to go away following COP21.

The insurance industry’s card has been marked, as climate change affects yet another area of our world.