A quarter of insurers facing insolvency? Surely not! 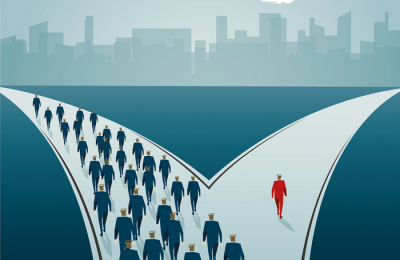 Brows are starting to furrow at prudential regulators as they start to worry about the connections between individual insurer solvency and the wider economy. The latest to wade into the debate is EIOPA (European Insurance and Occupational Pensions Authority) with a new paper on how Solvency 2 might play out in a low interest rate world.

'A potential macroprudential approach to the low interest rate environment in the Solvency II context' actually does its best to argue that insurance doesn't present the same systemic threat to financial stability as banking. However, it also raises enough concerns to leave the possibility that EIOPA might impose a macroprudential supervisory framework on national regulators in addition to the existing microprudential framework that is the essential tool for the implementation of Solvency 2.

EIOPA tries hard to put some distance between insurance and banking, a familiar refrain over the last eight years since the financial crisis swept away many old certainties:

"Insurers are not immune to failures, one difference between banking and insurance is the fact that insurers are far less likely to be confronted with a so-called 'run on the company'. The way the failures are resolved is another distinctive point. Insurers can be declared insolvent as quickly as banks but usually their business model does not require rapid liquidation of assets to meet short-term liabilities as happens with banks. As such the 'over the weekend' pre-requisite to resolve a bank orderly does not generally apply to insurance. Even if a run on the insurer did occur, it might be dampened by the existence of penalties and lengthier cancellation procedures. Although much less pronounced than in banking, a liquidity problem cannot be fully ruled out if policyholders start massively lapsing and surrendering their policies".

Still, the various scenarios EIOPA has run through the macroprudential approach it has developed internally have pointed to some grave concerns about the stability of insurers in certain situations:

"A low yield module simulating a Japanese-type scenario of prolonged low interest rates was included to assess the scope and scale of the risk posed by such a scenario. According to the results, 24% of insurers in the sample would not meet their Solvency Capital Requirements and certain companies could face problems in meeting their promises in 8-11 years time".

While the conclusions of the report talk in fairly broad consensus terms about increasing the resilience of the insurance sector, limiting the risky behaviour of insurers collectively searching for yield and wider, almost constant, concerns about procyclicality, it is the guaranteed nature of some of those insurance "promises" that EIOPA and others have most firmly in their sights.

The UK turned its back on these after the demise of Equitable Life in the 1990s but they are still common elsewhere in Europe, especially in Germany and Belgium. Indeed, EIOPA goes as far as warning that it is considering "the possibility of requesting a reduction in the maximum guarantees offered in new contracts".

This will be a big ask. Some of the guarantees have to be included because they are enshrined in statute. Persuading national legislators of such a change would not be easy, especially as the political lobbying required would take the backroom technicians of EIOPA along way out of their comfort zone.

Help is already at hand, however.

It surely can't be mere coincidence that a few weeks ahead of the release of the EIOPA report, Mario Draghi, the president of the European Central Bank, made a speech in which he argued that low - even negative - interest rates and the ECB's belated but huge asset purchase programme don't unfairly punish savers, a belief he fears is almost becoming conventional wisdom among many commentators.

Draghi argued that focusing on low interest rates means people fail to appreciate the bigger picture, especially the healthy performance of equities - recent volatility notwithstanding - and real estate, both boosted by expansionary monetary policies. He also reminded people that they should put the overall performance of savings and investment portfolios in the context of a sustained low inflation environment in most European economies. To top off his case for looking at the bigger picture, he argued the policies now being pursued by the ECB, and for even longer by most major central banks, have helped the major economies return to growth and boost jobs.

For many insurers, this will be a contentious view and ignores the larger impact of the recent environment on their liabilities. Still, it sits well alongside EIOPA's cautiously expressed desire to start reducing the guarantees offered on many long-term policies in Europe. Whether it alleviates the pain beneath the surface is another matter.