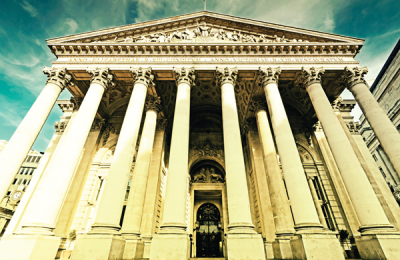 It has been a busy few months in the world of financial regulation with new bosses at the main regulators – Andrew Bailey at the Financial Conduct Authority and now Sam Woods at the Prudential Regulation Authority - and an imminent restructuring of the governance of regulation within the Bank of England.

The end result will be a re-assertion of the Bank's primacy in regulation across the entire financial services sector after decades of decentralisation. To many it will feel like a return to the pre-1997, pre-Financial Services Authority era. Up to a point that is true but only if you take a superficial almost exclusively structural view.

Behind the structures - and empowering them - is a mass of new statutes and international regulatory bodies. These didn't exist 20 years ago. However, the authority derived from those new powers now sits squarely with the Bank of England.

So, just how has the Old Lady of Threadneedle Street eased itself back into the driving seat?

It started, of course, with the breaking up of the FSA in 2013 and the return to the Bank of responsibility for prudential regulation with the PRA Board sitting within the Bank and the PRA boss – Andrew Bailey – also a deputy governor of the Bank.

This left conduct regulation in the hands of a separate regulator and one which its first chief executive Martin Wheatley was determined to give a distinct identity. He saw his key relationship being with Parliament as he positioned the FCA as a consumer watchdog first and foremost. To a lesser extent, he looked to the Treasury, although he didn’t work hard enough to build or retain its confidence. In public, he rarely showed any deference towards the Bank.

Wheatley’s approach - frequently caricatured as shoot first, ask questions later - created many enemies. When he made a few mistakes, there was no rush to defend him and the FCA. In particular, his failure to keep the Treasury onside left him very vulnerable and with powerful City voices being given an audience in Chancellor George Osborne’s office, Wheatley’s days were numbered.

From that moment, the re-assertion of the Bank’s primacy in City regulation has moved relentlessly forward like an unstoppable juggernaut.

A reluctant Andrew Bailey was pushed into the top job of the FCA with a clear brief to converge cultures. He doesn’t actually start for a few weeks but the change is already evident.

The dropping of the proposed report into banking culture at the turn of the year by temporary chief executive Tracey McDermott was the first signal. No fanfares, no great announcement but just a low-key acknowledgement of a new tone:

We have decided that the best way to support these efforts is to engage individually with firms to encourage their delivery of cultural change as well as supporting the other initiatives outside the FCA.

In other words get them in for a quiet chat. Very central bank like.

Last week, the new closeness of the relationship between the PRA and FCA was underlined with the joint publication of proposals aimed at strengthening the transparency and effectiveness of the FCA’s and PRA’s enforcement decision-making processes.

The proposals address recommendations made by HM Treasury in its ‘Review of enforcement decision-making at the financial services regulators’ and Andrew Green QC’s ‘Report into the FSA’s enforcement actions following the failure of HBOS’. The two regulators are speaking with one voice in a way that simply would not have been possible between mid-2013 and the end of 2015.

Last week also saw the appointment of Sam Woods – a Bank insider already well-known to the insurance industry in his role as Executive Director of Insurance – as the new chief executive of the PRA, also serving as the deputy governor with responsibility for prudential regulation. For the Bank, however, he is deputy governor first, PRA boss second. Their press release on his announcement clearly acknowledged this with its heading ‘News Release - Appointment of new Deputy Governor for Prudential Regulation”.

Within a few months of taking over the PRA reins, Woods will lead it into a new era of deeper integration within the Bank’s governance structures. The Bank of England and Financial Services Bill currently waiting for its report stage in the House of Commons (having already completed its passage through the House of Lords) will abolish the PRA board and replace it with a new Prudential Regulation Committee (PRC) that will have the same status within the Bank as the Monetary Policy Committee and the Financial Policy Committee.

The establishment of such a major new committee has gone little reported or noted. Going forward, the PRA will now report to the new PRC going forward.

Regulation has definitely come home to the Bank.