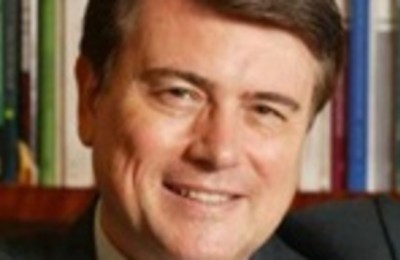 Banks do derive benefits from negative interest rates, which are a net positive for the economy, said José Viñals director of monetary and capital markets at the IMF.

Unconventional measures are required once interest rates go to zero, said Vinals, who answered questions from media that were published in the IMF's April global stability report.

"But we have discovered that we can go below. In my judgment, negative interest rates are useful for relaxing monetary and financial conditions, which should support aggregate demand and also price stability.

He admitted there were limits "in terms of for how long they can be low and how far down they can go, but overall negative rates are a net positive for the economy".

"The narrow view is that negative interest rates negatively affect bank profitability insofar as they cannot pass down to depositors cuts in deposit rates below zero.

"But, banks benefit from a lot of things which come from the monetary stimulus derived from both low negative interest rates and quantitative easing.

"They benefit in terms of better economic prospects, which contribute to better asset quality, lower nonperforming loans, lower provisions. All of this enhances bank profitability. It contributes also to banks making gains on the holdings of the assets that they hold, the securities that they hold, like bonds, long­term bonds, short­term bonds."

Yesterday, his views were echoed by the European Central Bank, which said that central bank measures, including negative rates. have had a positive effect on banks' profitability.

Vinals also underscored the risks in China, as mainland corporate health worsens due to slow growth and low profitability.

"This is reflected in the rising share of debt held by firms, owed by firms that do not earn enough to cover their interest payments. This has increased to 14% of the debt of listed Chinese companies, more than tripling since 2010."

Chinese banks will be impacted by the "increased strains" in companies, he said. The IMF, in fact, estimates that China has $1.3trn in corporate bank loans potentially at risk.

"These loans could translate into potential bank losses of approximately 7% of GDP."

However, Vinals went on to say he believes the massive amount of debt is manageable "given China's bank and policy buffers, and continuing strong growth in the economy. Equally important, the Chinese authorities are aware of these vulnerabilities, and are putting in place measures to deal with the over­ indebted corporations”.

This article was originally published by Fund Selector Asia