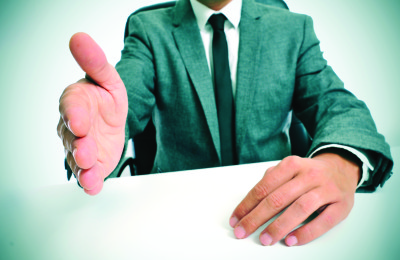 Pharmaceutical firms AstraZeneca and Shire, building materials business CRH and Weir, the engineering group, all incurred the wrath of institutional shareholders. Does this mark the start of a new era of institutional activism and, if it does, how clear will the insurer voice be?

Weir came off particularly badly, as 72% of its shareholders used the binding vote procedure introduced in 2013 by the then Business Secretary Vince Cable to block a restricted shares scheme for executives that wasn’t linked to performance. This was despite the company working with the Investment Association – which represents most major UK shareholders – to find an acceptable executive incentive plan. It was only the second time a binding vote has produced a reverse for a firm.

Shire almost suffered the same fate but managed to squeeze its plan through its annual meeting in Dublin with the support of 50.55% of shareholders in favour. Elsewhere in Dublin, CRH saw off another shareholder revolt with a slightly more comfortable 60:40 margin. The next day AstraZeneca chief executive Pascal Soriot faced tough criticism over his £8.4m annual pay package, although he was helped by being able to report an 11% uplift in profits.

It seems unlikely to end there, however.

A “spring of discontent” is how Royal London Mutual Asset Management’s corporate governance manager Ashely Hamilton Claxton described the increasing frustration of institutional shareholders at excessive executive pay awards against a backdrop of poor or indifferent results. He flagged up Standard Chartered bank and consumer goods manufacturer Reckitt Benckiser as the next targets of Royal London’s wrath.

Others also feel this is more than a series of one-off protests. Aneel Keswani from the Cass Business School says shareholders are realising Cable’s 2013 reforms have given them a lot more power and they want to use it: “Given the fact that companies have been doing less well on the financial markets, shareholders are now up in arms about shareholder compensation."

The pressure on insurers to extract decent returns from their investment portfolios is intense so it is no surprise to see them among the keenest critics of poorly constructed executive pay structures that are not linked to improving corporate performance. They also face new regulatory obligations to understand the risks within their portfolios and firms that alienate their shareholders certainly come under that heading. This is not a new phenomenon. In recent years, insurance companies and pension funds have sought to be at the forefront of criticism of poor corporate governance and inappropriate executive pay packages, although their collective voice has been muted since the ABI (Association of British Insurers) decided to merge its Investment Committee with the Investment Management Association two years ago, forming the Investment Association. Compared to the old ABI committee, the new body has been reluctant to comment publically on individual firms.

When Alain Dromer, then chief executive of Aviva Investors (now a non-executive director at Santander), took over the chairmanship of the ABI investment committee in 2010 he said it was important that “collective engagement is as effective as it can be and that the ABI is at the forefront in demonstrating how its members not only serve its clients but create value for society more broadly”.

This awareness of the broader role of investment was reiterated two years later by Otto Thoresen during his stint as director general of the ABI: “Being responsible institutional investors – whether driving strong shareholder engagement, investing in infrastructure or driving growth – is an essential counterpart to the value the insurance industry plays in ensuring millions of customers have the protection they need in their everyday lives”.

This “spring of discontent” draws on both of those themes and also emphasises the role that insurers play as a proxy for those millions of policyholders, many of whom are increasingly angry about excessive executive pay.

The debate is not just about appropriately incentivising good corporate performance and understanding the risk associated with investing in firms that get that wrong, but also about seizing the opportunity to align insurance company values with the mood of the public.

From that perspective, this is unlikely to be a short-lived bout of conscience, but rather a more fundamental shift towards activism as insurers seek to extract returns in an increasingly difficult environment.