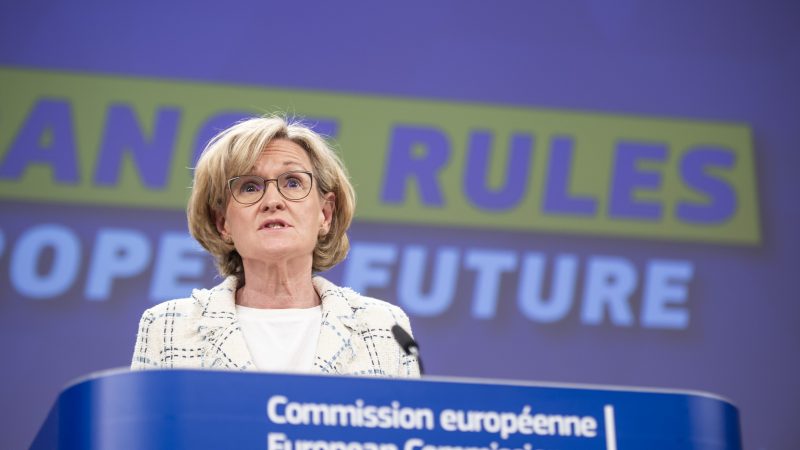 The long-awaited overhaul of the Solvency II regime moved a step closer this week when the European Commission published proposals it claims could release as much as €90bn of capital currently held by insurers.

These proposals will be closely scrutinised in the UK where the Prudential Regulation Authority is carrying out its own post-Brexit review of solvency rules, writes Contributing Editor David Worsfold. Any significant departure from the European Union regime could jeopardise the future mutual recognition of regulatory regimes.

The proposed changes include lowering capital requirements associated with equity investments, especially when stock markets are falling. It would also amend the volatility adjustment, so that swings in asset prices have a smaller impact on solvency. The commission said it also planned to adjust the risk margin and to exclude more smaller companies from full Solvency II regime.

Mairead McGuinness, Commissioner responsible for financial services, financial stability and the Capital Markets Union (pictured) was bullish about the impact of the proposed changes, which will now be put forward to the European Council and Parliament for approval, a process unlikely to be concluded before the middle of next year.

“Today's proposal will help the insurance sector step up and play its full part in the EU economy. We are enabling investment in the recovery and beyond. And we're fostering the participation of insurance companies in the EU's capital markets, providing the long-term investment that is so vital for a sustainable future”, said McGuinness.

The Commission believes these investments will support Europe’s much vaunted green recovery from the pandemic with a clear incentive for insurers to invest in EU firms.

The detailed recommendations contain proposals for tightening some capital requirements, however, which could erode the release of capital as the decade progresses. These would be implemented gradually until 2032. According to the Commission, this means that over the short term as much as €90bn of capital could be released, but over the longer term that could fall to €30bn.

The package of changes also includes additional consumer protection measures, including greater co-operation between national regulators. The Commission proposes a new Insurance Recovery and Resolution Directive to ensure that insurers and relevant authorities in the EU are better prepared when insurers get into financial difficulties.

In a further extension of the scope of the original review, there are also proposals to compel insurers to conduct long-term scenario analysis of the threat to them from climate change.

Insurers were lukewarm in their responses to proposals that fall short of their expectations.

“We welcome the EC’s acknowledgement of the need for an overall reduction in insurers’ capital requirements. However, only a significant and permanent reduction of capital would allow insurers to increase their contribution to financing the recovery and supporting the EU’s Green Deal and Capital Markets Union. This is because insurers must take a long-term view in their strategy and investment decisions.”

In a strong hint that EU insurers are looking over their shoulders at what other markets, including the UK, are doing on the regulatory front, Jones added that “a significant and permanent capital reduction would allow our industry to regain international competitiveness”.

He said there were other areas of concern for insurers: “The steps that the EC has taken on proportionality seem positive. There are, however, concerns that the EC’s proposals for new reporting and group requirements include elements that would unnecessarily increase costs and complexity. There are also significant proposals relating to recovery and resolution and we will be looking at these carefully to assess the degree to which these proposals are necessary and are aligned with internationally agreed standards.”