Eyes down for the next regulatory shake-up

The government threw the City a weighty tome of summer reading the day before MPs left Westminster for the summer when it published the long-awaited Financial Services and Markets Bill on 20 July.

This blockbuster piece of legislation stands at 330 pages, even before it starts its lengthy Parliamentary passage. It is not due to be debated at its Second Reading stage until 7 September, two days after the Conservative Party announces the outcome of its leadership election, which could see a new ministerial team installed in the Treasury, writes David Worsfold, Contributing Editor.

While some elements of the Bill will be welcomed by the insurance market, there will be a sense of weariness at yet another major regulatory shake-up. 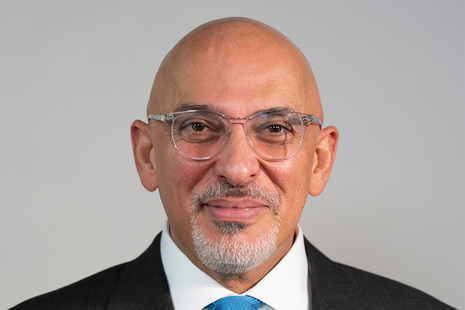 The current Chancellor of the Exchequer, Nadhim Zahawi (pictured left), outlined the purpose of the Bill in his speech at Mansion House on the eve of its publication, describing it as “a landmark piece of legislation that gives us the tools we need to seize the opportunities of Brexit and create a safer, better system for consumers”.

Most of the rules will be incorporated into UK law with only modest changes. However, there will be some landmark departures from EU rules, most notably introducing a competitiveness objective, relaxing some of the Solvency II rules and creating a new regime for crypto assets.

“We will give the FCA and PRA a new, secondary objective: to facilitate growth and competitiveness”, Zahawi told the Mansion House audience.

“I know that some people will say that making this a secondary objective, doesn’t go far enough. Others will say that having it as an objective at all, goes too far.

“We are, I think, taking a balanced approach.

“By making growth and competitiveness a formal objective, we’re encouraging a greater focus on our medium to longer-term productivity.

“But, by making it secondary, we’re giving the regulators an unambiguous hierarchy of objective with financial stability and consumer protection, prioritised.”

When it comes to replacing Solvency II with a ‘Solvency UK’ regime, the devil will be in the detail and that will not be available until the Treasury has digested the industry’s responses to its consultation, which has only just closed. The long-stated aim of the government is to release around 10-15% of the capital currently held by UK life insurers for investment in infrastructure and the once much trumpeted green recovery from Covid.

The battles lines on this are already being drawn up, with the Prudential Regulation Authority warning of the dangers of too relaxed a regime and the Association of British Insurers arguing that the current proposals need to go further if they are to meet the government’s objectives.

Other proposals in the Bill include removing the share trading obligation and double volume cap from MiFID II, which restrict how and where firms can execute trades, and granting the Financial Conduct Authority new powers to enhance the transparency and effective function of markets.

There will be plenty of debate about the plans to enable certain types of stablecoins to be regulated as a form of payment in the UK.

Another focus of controversy will be the extent to which the government can intervene directly in financial regulation. The Bill as currently drafted includes what the Treasury describes as “enhanced mechanisms for engagement with stakeholders and accountability, scrutiny and oversight of the regulators by Parliament and the Treasury”. This includes a new “rule review” power which will enable the government to direct the regulators to review their rules where the Treasury believes it is in the public interest.